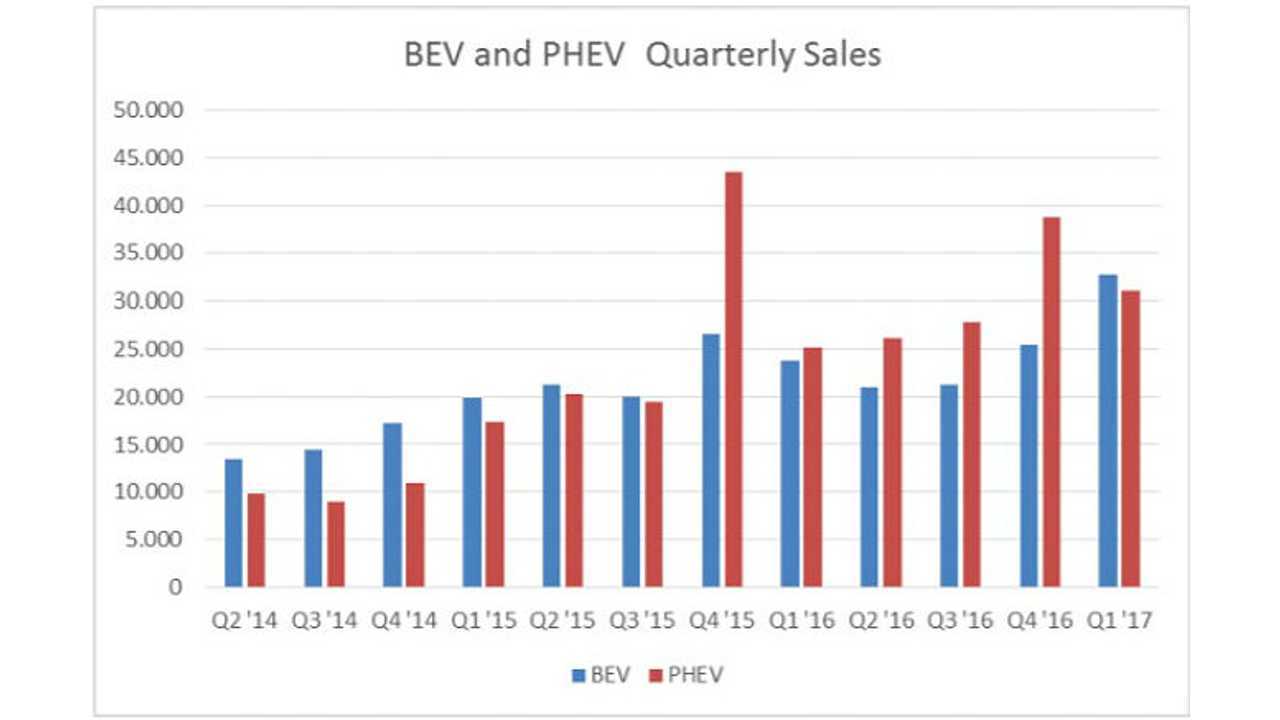 Europe is showing more interest again in all-electric vehicles over plug-in hybrids, as after several quarters of PHEV-love the pendulum has swung back to BEVs for the first time since the Fall of 2015.

The reasons for that are simple. There are now more attractive all-electric models (or at least new versions of first generation cars with longer ranges).

The Renault ZOE Z.E. 40 (41 kWh) is now the best seller in Europe, supported by the longer-range BMW i3 and relative newcomer - the Tesla Model X.

On the other side, plug-in hybrids this year are struggling in the Netherlands after a favorable tax incentive program ended.

Without Netherlands (previously the largest PHEV market in Europe), and less incentives also in the UK, plug-in hybrids have lost some momentum.

The good news is that both sides of the plug-in market are growing year-over-year, and are still setting new records.

The question now is:  Given the reasons for the all-electric vehicle surge (new/longer ranges, pullback in some PHEV incentives), have BEVs pulled ahead in Europe for good?