Is Tesla Equipped To Change The World? - Infographic 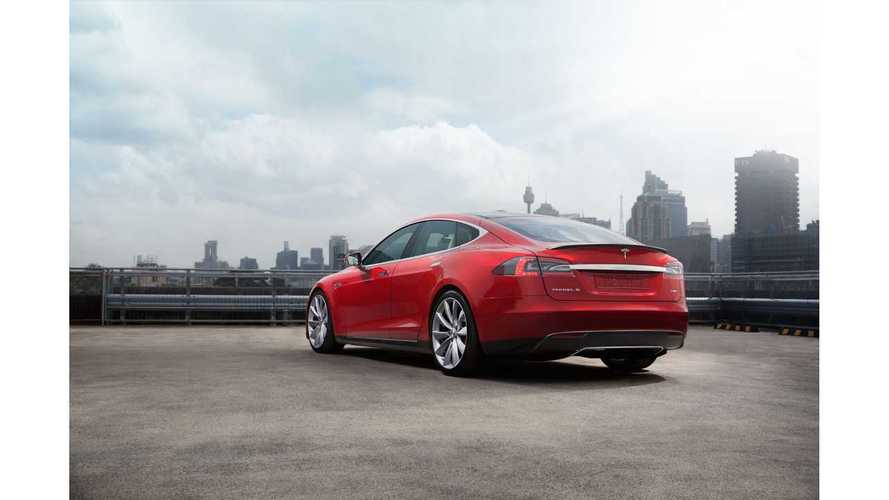 TESLA REVOLUTION: HERE'S HOW ELON MUSK IS CHANGING THE WORLD

We live in a cynical age, in which the idea that someone might be motivated by a desire to make the world a better place is simply incomprehensible to many people. This is one of the reasons why the mainstream press has never understood Tesla - the pundits pontificate, prattle and preen, but much of what they write reveals a profound ignorance of the company’s mission.

*This article comes to us courtesy of Evannex (which also makes aftermarket Tesla accessories). Authored by Charles Morris

The financial media provides the most obvious example of this obliviousness. Most stock analysts think about the future only in three-month units, and pretty much all are convinced that the only reason to run a company, or to buy a stock, is profit. Every time TSLA stock makes a new surge, they rant and rave: “This company loses money quarter after quarter! It’s just got to crash and burn soon!”

One possibility that hasn’t occurred to any of these market mavens is that Tesla will never book any substantial profit, because it will always plow its earnings back into new projects, and that the company exists for another reason than enriching its owners. Does this mean that investors will desert the company once they figure out the con? Maybe not - just maybe, many of Tesla’s backers are also interested in using their wealth to do good, and are proud to be part of a company that’s changing the world.

And change the world Tesla has indisputably done. The innovations that Elon Musk and his merry men and women have set in motion have already had enormous influence on the automotive industry, on the environment, and on society as a whole - and the party is just getting started. A recent article in Futurism* describes seven ways in which Tesla is changing... everything.

When it comes to EVs, Tesla is the undisputed leader. Furthermore, it has proven that an EV can compete, and win, against legacy internal-combustion vehicles. Musk and company set out to build “not just the best electric cars, but the best cars,” and by almost all accounts, they have succeeded (see Consumer Reports, Motor Trend, Car and Driver, etc etc etc). The Model S P100D is the world’s fastest-accelerating production car, and Teslas also earn top marks in safety and owner satisfaction. “That these cars are better for the environment ends up feeling like a really, really great bonus,” says Futurism. Electrification remains controversial in the auto industry, but almost everyone agrees that self-driving cars are on the way, and that they will greatly improve highway safety. Considering how much of today’s civilization revolves around cars, vehicle autonomy has more potential to redefine the way we live than just about any other technology on the horizon. In this area also, Tesla has been the prime mover. Five years after the first Uber app was downloaded, ridesharing has become a billion-dollar industry and a major disruptor of the transportation market. Uber and Lyft have been the main innovators in this space, but Tesla is never far from the conversation. In 2015, Uber CEO Travis Kalanick famously told Tesla backer Steve Jurvetson that “if Tesla’s cars are autonomous, he’d want to buy all of them.” Tesla has suggested that it may get into the ridesharing game itself, with a twist. The Tesla Network would allow self-driving Teslas to be summoned via an app, and to generate income for Tesla owners while they aren’t using their vehicles. “This would be... a significant offset on the cost of ownership for a car,” said Musk in August 2016. Renewable energy and electric vehicles are symbiotic industries, related in many ways. Tesla formalized this close relationship with its recent acquisition of SolarCity, which has already been one of the major drivers of solar adoption in the US. The company’s new solar roof tiles may prove to be the tipping point that really kicks the solar market into high gear. “I think there’s quite a radical difference between having solar panels on your roof that actually make your house look better versus ones that do not,” said Musk during Tesla’s recent earnings conference call. “I think it’s going to be a night-and-day difference.” Stationary storage is the missing link between the solar panels on your rooftop and the EV in your garage.  It will also be critical to converting the electrical grid to renewable energy. Tesla’s huge 80 MWh Powerpack station is already storing energy for Southern California Edison, and more and bigger projects are on the drawing board. Manufacturing does have a future in first-world economies, but it’s high-tech industry, not 20th-century smokestack industry, that will be providing the blue-collar jobs. Tesla’s Gigafactory already employs hundreds of workers, and now the company has announced it will adding 550 more jobs there, to produce Model 3 motors. Musk has predicted that the Gigafactory could someday employ 10,000 people. A new right-wing regime in the US is highly skeptical of the new energy economy, but they do understand the language of jobs. Around the world, people and nations are building walls, burning bridges and retreating inward, saying that we can’t afford big projects or big thinking. Elon Musk and Tesla follow precisely the opposite philosophy, offering a beacon of hope. In 2013, shortly after unveiling the Hyperloop proposal, Musk was asked by a BBC interviewer, “Do we suffer from a low level of ambition? Should we think bigger?” Naturally, the Iron Man said yes: “You want to do projects that are inspiring and that make people excited about the future. Life’s got to be about more than just solving problems.”

Futurism put it well: “Musk has proven that a single person can still have a huge impact on the world around them. At a time when big business is often seen as the Goliath out to exploit the Davids of the world, Tesla is a welcome exception. It’s a multi-billion-dollar company that seems more interested in building a better future than satisfying shareholders, and for that, we are grateful.”