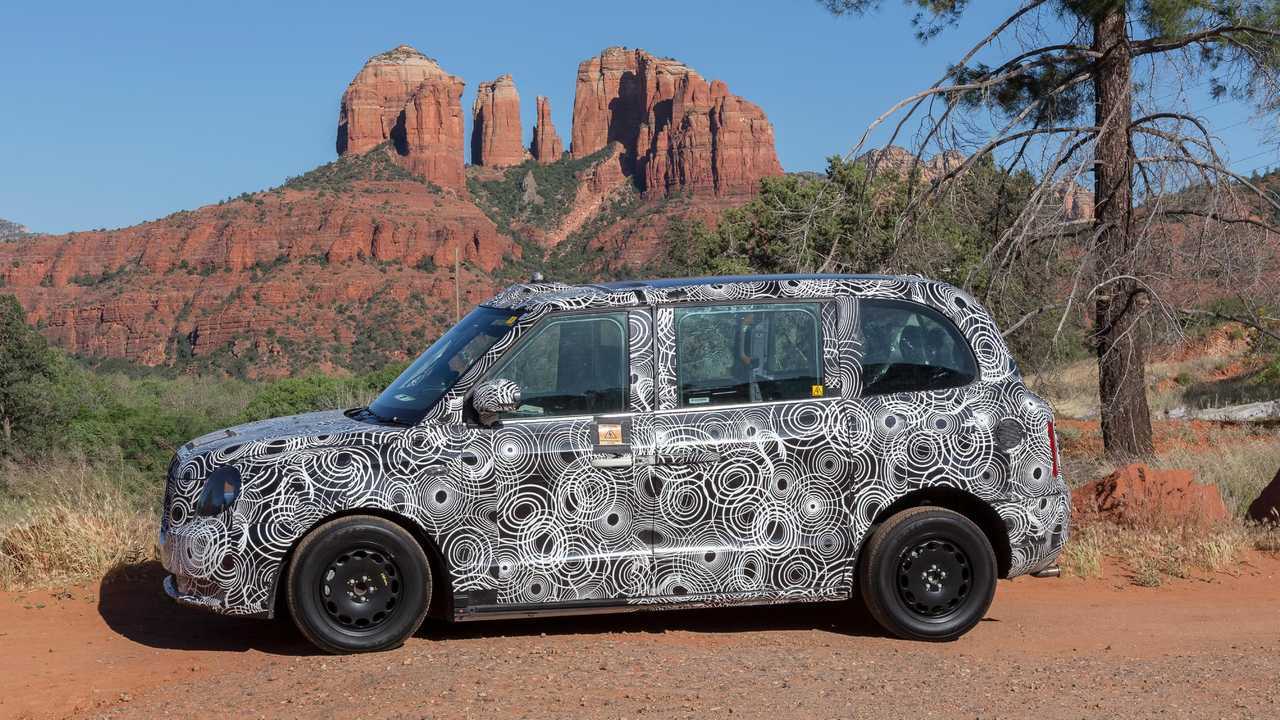 Your Arizonan taxi won't go south of the border at this time of night.

You’d think the notoriously hellish Coventry ring road would be a stern enough test for a new car prototype, but taxi manufacturer LTC (aka London Taxi Company), which is based in the London, decided it needed to send its new electrified model all the way to Arizona this Summer for final proofing.

The new TX5 uses a three-cylinder gasoline engine from Volvo to generate electricity, but should be capable of up to 70 miles (112 kilometers) on a charge from the plug.

The Arizona program involved daily runs of 300 miles (483 km), three times the average mileage that a London taxi can expect to cover. The vehicles have already been put through the mill in the Arctic Circle, and the company aims to have each prototype cover more than 300,000 miles (482,800 km) of testing.

"Since announcing this project we have had considerable interest not just from European cities but hot weather cities around the world. To convert this interest into sales we must prove the TX5 can perform as well in the 45°C heat of Dubai as it can in the sub-zero temperatures of the Arctic, and as it does in the changeable conditions of London."

The new taxi comes fitted with a panoramic glass roof, which should allow fares a great view of the sights around London — less practical in the blazing sun of the Sonoran Desert, but the company has been keen to show that the TX5 can still cope with the air conditioning on full blast.

Meanwhile, efforts are underway to install a network of fast charging stations around central London ahead of the introduction of the new taxi in October, allowing cabbies to gain a few miles of range while they enjoy a bacon sandwich and a few minutes with a trashy red-top newspaper.

LTC’s head of quality, Dr Wolfram Liedtke, said: "In the next few weeks, our equipment testing will also take us to extremely humid environments, as well as some more mountainous terrain. This is all preparation for one of the most challenging environments for vehicles – everyday use on the streets of London."

Inside the LEVC TX electric taxi

The electric model is a response to new regulations which come into force on 1 January 2018, which state that any new taxi being presented for approval by the government must be capable of 30 miles (48 km) of electric-only driving and emit less than 50 g/km CO2. If an internal combustion engine is used, then it has to run on gasoline fuel.

LTC has invested more than £300 million ($386M) in the new TX5, including a bespoke factory that has just been completed on the outskirts of Coventry that will also build a light van using the same underpinnings as the new black cab.

The company is owned by Chinese firm Geely, which hit the news recently for adding Proton and Lotus to its impressive stable of brands that already includes a number of homegrown manufacturers and Swedish car company Volvo.