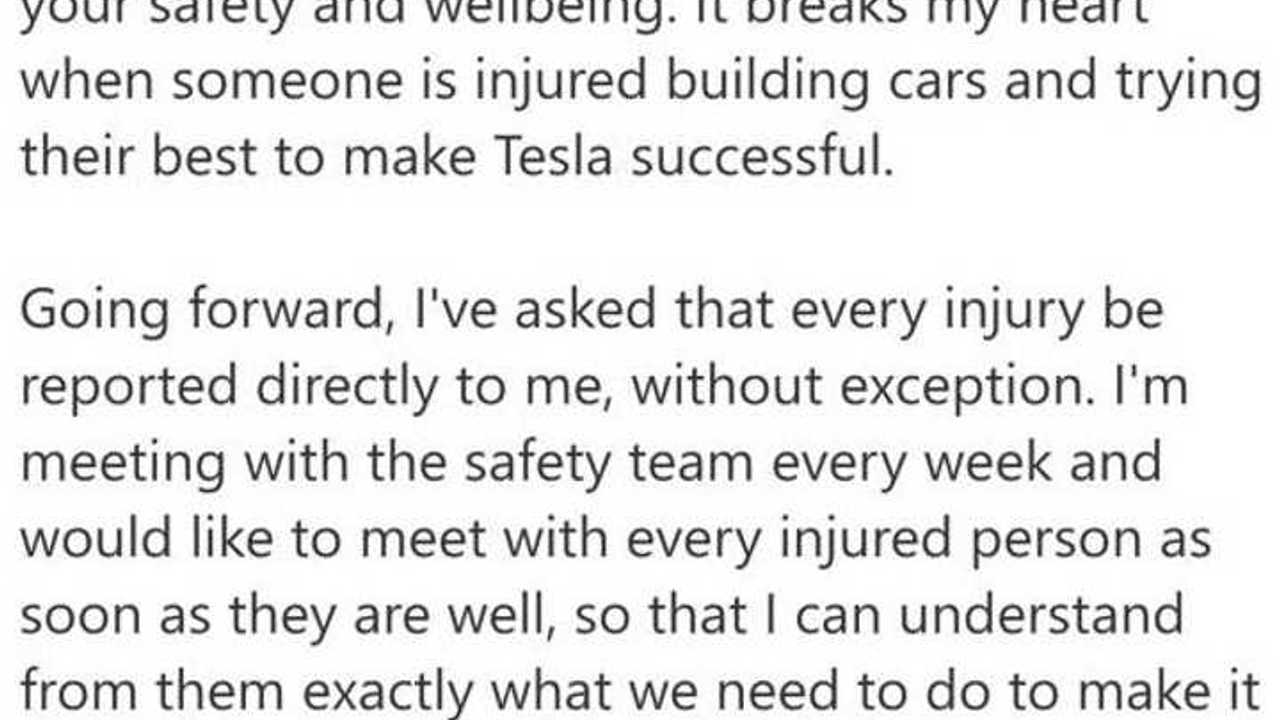 For safety's sake, Tesla CEO Elon Musk says he'll personally perform every task on the Tesla Fremont factory line that has led to a reported injury at some point in the past. 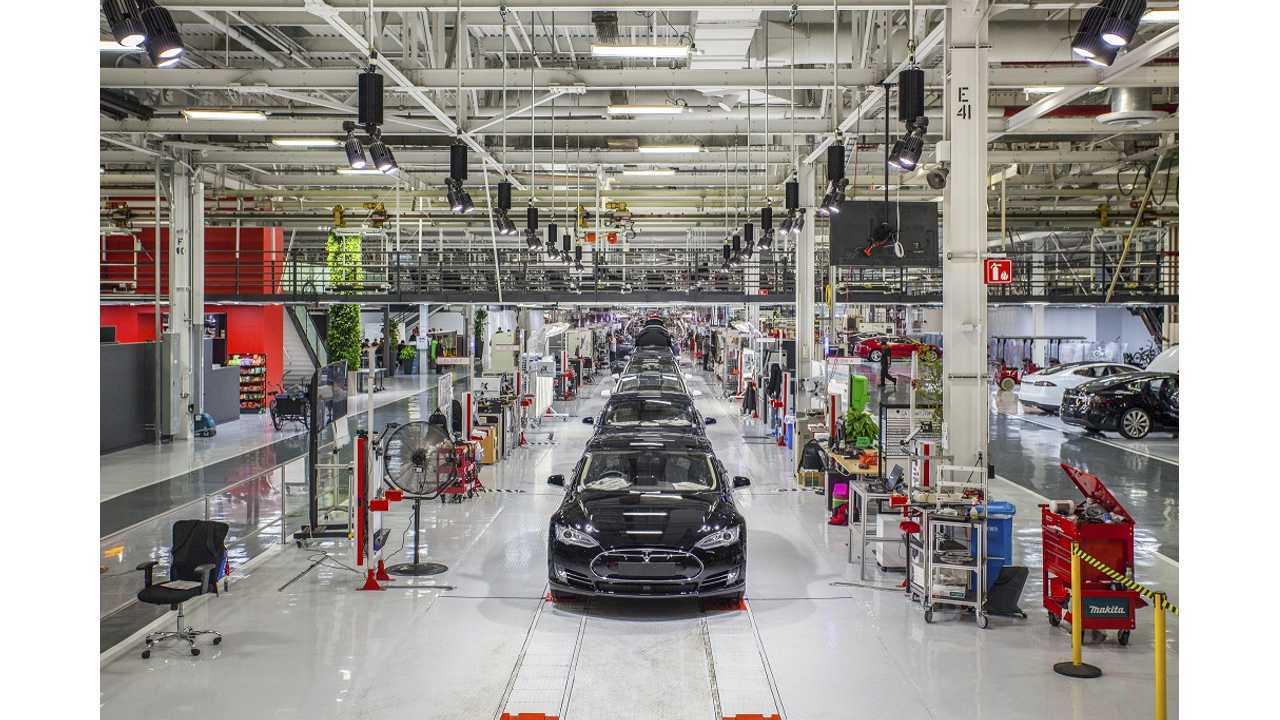 Musk will do this to assure that the particular task is being done in the safest possible way.

"Tesla CEO Elon Musk has reportedly sent a company-wide email, emphasizing the importance of safety within the Tesla factory in Fremont, California. “Going Forward, I’ve asked that every injury be reported directly to me, without exception”, Musk stated in an email according to a post on the Model 3 Owners Club Facebook page."

That email is reproduced in its entirety above. It comes in response to UAW claims and reports that state Tesla's factory in less safe than the industry average. Musk and Tesla highly dispute these claims.

Musk's statement on performing the tasks that led to injury reads:

"I’m meeting with the safety team every week and would like to meet with every injured person as soon as they are well, so that I can understand from them exactly what we need to do to make it better. I will then go down to the production line and perform the same task that they perform.”

Musk is perhaps the most hands-on CEO in the automotive industry and he stresses in the email that the rest of the Tesla executive team needs to follow his lead:

"At Tesla, we lead from the front line, not from some safe and comfortable ivory tower. Managers must always put their team's safety above their own."