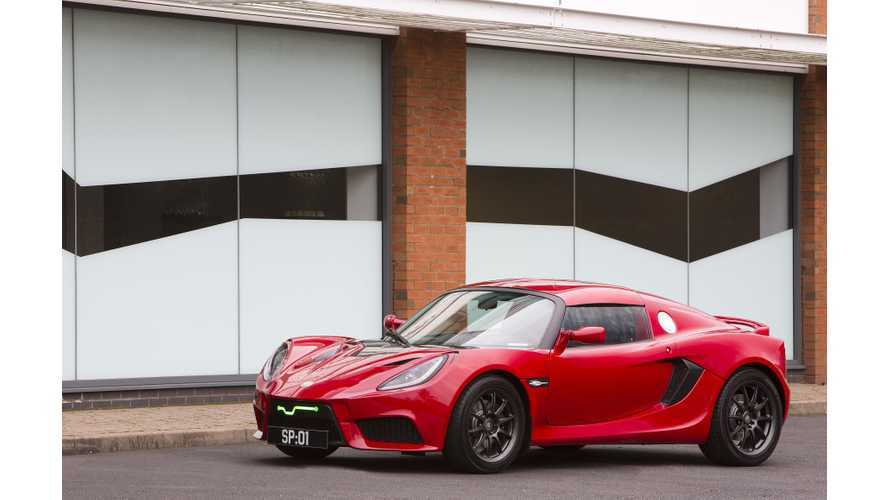 Detroit Electric, best known from its long and winding road from a would-be Detroit based automaker to a Chinese owned/European export, and its attempt to repeat Tesla's path to success via the Roadster with its own Lotus-based SP:01, has rarely been heard from recently.  Until now.

The company's latest press release revives hope that Detroit Electric name will back, as China’s Far East Smarter Energy Group has agreed to invest significant new capital into the brand, and will form a joint venture with Detroit Electric.

The deal is said to be worth a total of $1.8 billion in capital (although we tend to look at that number as more hypothetical press release fantasy), but some actual $370 million to be spent over four years to expand European operations.

The goal is to develop and introduce on the market family of electric cars:

"Detroit Electric has signed a joint venture deal with Far East Smarter Energy Group of China, which has helped secure a total investment of $1.8 billion dollars for the development and production of a range of electric vehicles over the next three years.

more than a year ago?

The joint venture will invest US$370m into Detroit Electric’s European operations over the next four years. Initially, this will fund the completion of the final homologation phase of its all-electric SP:01 sports car and the start of volume production at the company’s Leamington Spa facilities in the UK. This will include the creation of 120 new engineering jobs and 100 new manufacturing jobs. Series production of the SP:01 is planned to start later this year.

In parallel to the SP:01 activities in the UK, the new joint venture will establish an all-new design, research and development, testing and production facility. The focus of this new technical and manufacturing centre will be the development of a family of Detroit Electric vehicles for launch in the coming years. First in the pipeline is an all-new battery electric sports utility vehicle (SUV) that will enter production in late 2018. A third model is planned for launch in 2020.

To accommodate assembly lines for those new models, the company plans to expand its existing facilities in Leamington Spa and the workforce will double to over 400 directly employed colleagues, and as many again potentially employed indirectly at local businesses supplying services and support to the site."

"The Far East Smarter Energy Group is a publicly traded company on the Shanghai Stock Exchange. Based in Yixing, China, it is primarily engaged in the design, development and manufacture of electrical systems, battery manufacturing and technologies for transportation and energy storage."

“We have been working exceptionally hard over a long period to establish this joint venture and to secure funding for our ambitious new electric vehicle programme. So I am delighted to be able to announce this new joint venture which represents a significant boost to vehicle manufacturing and the EV industry in Europe and an important new step towards bringing our family of EVs to market.”