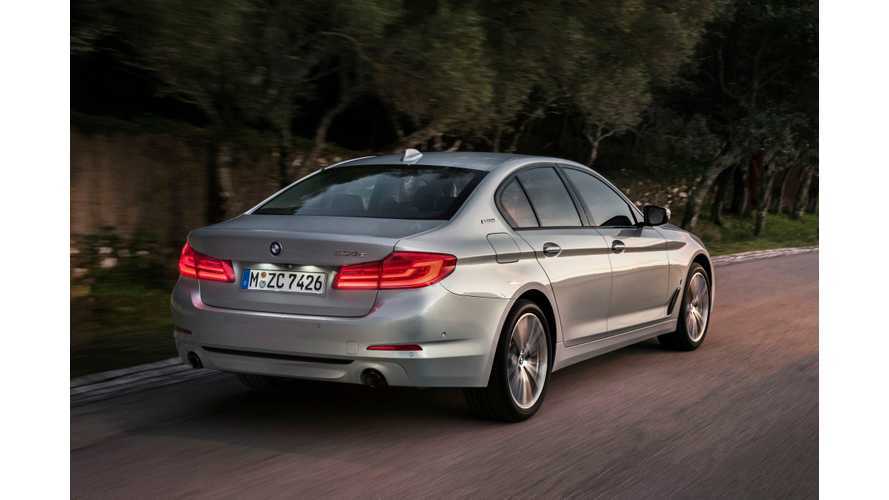 The BMW 530e iPerformance, which was recently present at the Geneva Motor Show (see video at bottom), is soon to be in customer's hands both in Europe and North America this month.

The 9.2 kWh battery certainly will not provide groundbreaking range, but one can now expect 19 miles (30 km) of EPA range, which could be a tempting proposition for daily commute, especially for those not ready yet to switch to all-electric.

Not to mention that the 530e is the best value in BMW's 5 series lineup up from a cost perspective.

So, let's look at the final technical specifications as recently released this month by BMW (below).