Hyundai To Launch Long-Range EV In 2018: Will It Compete? 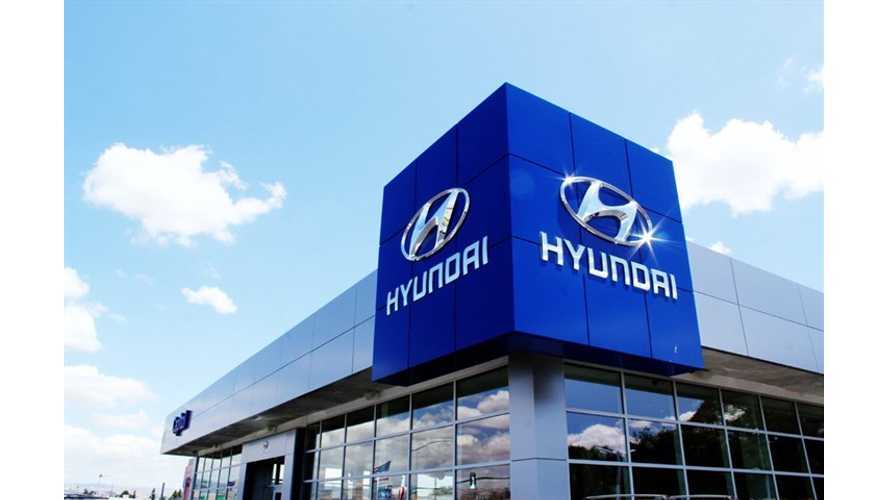 The medium-range Hyundai IONIQ Electric will take you 124 miles on a charge.

The world's fifth-largest automaker, Hyundai Motor Company, aims to release its first long-range EV in the first half of 2018.

Hyundai is seeing a consistent decline in overall vehicle sales, as its May report shows a 14 percent year-over-year drop. This is despite the automaker's recent move toward electrification with the release of its IONIQ sedan, which the company touts as:

"The world’s first model . . . that offers three electrified versions was recently recognised as the most fuel-efficient vehicle by the EPA in the US.”

The medium-range Hyundai IONIQ Electric was the first major push by the company, in an upcoming string of EVs including the Hyundai Kona SUV (which may, in fact, be the long-range vehicle the automaker is referring to), and several other offerings by Hyundai's sister company, Kia Motors. The two companies are hoping to become a dominant force in the EV segments in the U.S., China, and Europe.

Although Hyundai is ahead of many automakers with the release of the IONIQ (although it can't seem to as of yet supply many of the all-electric versions anywhere outside of South Korea), and it has set plans inside of the next year, some analysts don't believe it's enough. Lee Hang-koo, a researcher at the Korea Institute for Industrial Economics & Trade, said:

“They (Hyundai) are belatedly trying to catch up with overseas rivals but the new car is unlikely to become a game-changer unless it is really price competitive."

“There are already good electric vehicles like GM’s Bolt and Tesla’s models sold in the domestic market and it will be difficult for Hyundai to slash the price of its new model given the high manufacturing cost.”

“It seems to have more of a symbolic meaning that the carmaker is serious about following future trends, especially as the new South Korean government has been promoting electric vehicles to help clean up polluted air.”

The IONIQ comes at a time when we have healthy competition in the Chevrolet Bolt and the upcoming Tesla Model 3, both of which will have been out for quite some time before Hyundai's longer-range models appear. Added to this, while the company is working toward more range (the company has hinted at a ~200 mile Ioniq EV option in 2018), it hasn't committed to providing vehicles that can compete with that of the above offerings. Kim Jin-woo, analyst at Korea Investment & Securities explained:

“The focus is on who can quickly develop mass long-distance electric vehicle models at more competitive prices."

“Hyundai has been lagging behind its rivals in this race and it is important to catch up fast before Tesla increases its Model 3 volume next year and China strengthens its EV policy.”

Daiwa Capital Markets analyst, Chung Sung-yop, believes that Hyundai will have better luck focusing on the markets in the U.S. and China. He shared:

“It is not going to work in South Korea. There is not sufficient infrastructure and it is not convenient. In China, the overall market is growing and the government is backing it up."

Unfortunately, Hyundai isn't experiencing high sales' volumes in China as of late, due to Chinese boycotts stemming from political discord.

Regardless of Sung-yop's skepticism, the Korea Automobile Manufacturers Association recorded an increase of electric car sales in South Korea of over 600 percent for the first four months of 2017 (mostly Ioniq Electrics). About 3,200 EVs have been sold in the country in 2017, and only 454 were sold by this time last year.

No matter which market it chooses, or where Hyundai's electric vehicles find the most success, it's always refreshing to learn that the number of major automakers leaning toward electrification is growing, and production dates are being pushed forward.