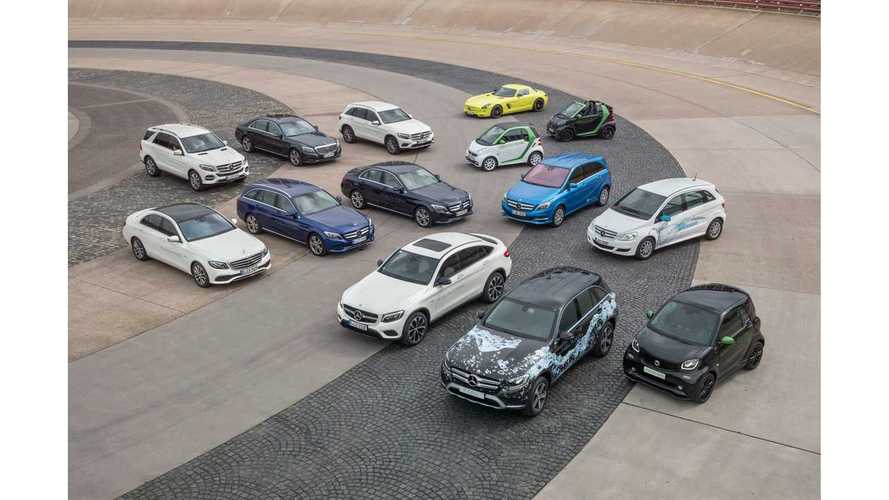 Germany and China will work together to fight climate change, and expand their partnership amidst U.S President Donald Trump's decision to leave the Paris deal behind.

Keeping their strong position in China is critical to German automakers BMW, Daimler, and Volkswagen. This week, at the Germany-China Summit, agreements were made that will help German automakers to move forward as previously planned. China's willingness to make concessions to Germany is like a slap in the face to President Trump.

China was enamored with the Volkswagen BUDD-e concept. The  quota extension deal will be favorable for VW since its MEB platform won't be ready until 2019 or 2020." draggable="false">

China was enamored with the Volkswagen BUDD-e concept. The  quota extension deal will be favorable for VW since its MEB platform won't be ready until 2019 or 2020.

An electric vehicle quota set by China, which calls for eight percent of vehicles to be ZEVs by 2018, 10 percent by 2019, and 12 percent by 2020, will be pushed back a year. This is good news for German automakers that are just now getting serious about EVs.

China Premier Li Keqiang met with German Chancellor Angela Merkel in Berlin last week, to work a solution. The two decided that at this point, it's more advantageous to work together for the benefit of all. Merkel explained that China and Germany share similar beliefs when it comes to encouraging electric vehicle adoption, and protecting the environment.

Keqiang concluded that China will give the automakers until 2019 to fulfill the ZEV obligations. Specific details have not yet been released, however it was explained that German automakers that cannot yet meet quotas will be allowed to ramp up electric vehicle production, and make up for the quotas in the future.

This deal keeps German automakers in the Chinese automotive market, while also encouraging them to move forward with electrification, in order to maintain future market strength. Dieter Zetsche, CEO of Daimler, announced earlier that China was amicable related to adjusting the electric car quotas. He told Reuters:

"What we talked about was the timeline, the pace of this transition. I think we reached a result which is satisfactory for everybody."

During the summit in Berlin, Daimler also signed a deal with Chinese partner BAIC Motor Corporation to upgrade the Mercedes factory in Beijing for electric car manufacturing.