Educating The Next Generation: More Fifth Graders Have Suggestions For Tesla's Elon Musk 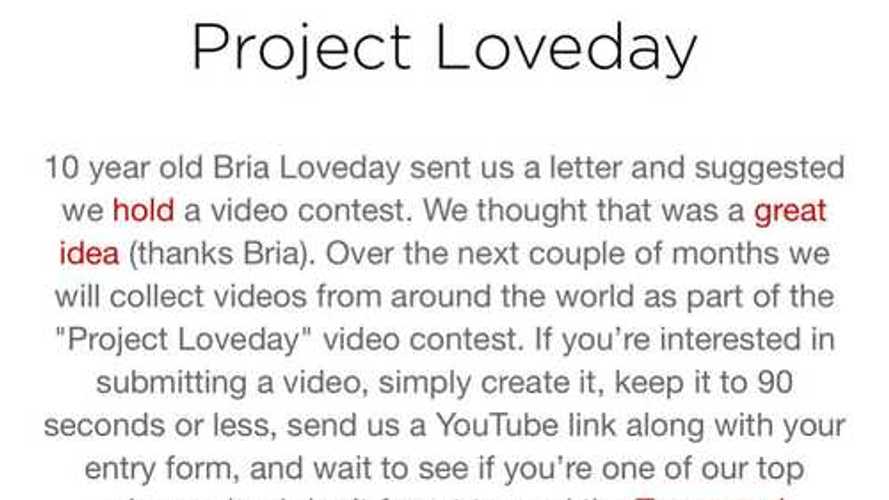 Everything has finally calmed down over in Sterling Heights, MI, following the aftermath of Tesla CEO Elon Musk's viral response to the 5th grade girl's letter (Bria Loveday), and the launch of Project Loveday. However, the students at Graebner Elementary learned more than just how to write a letter, and the whole amazing experience unexpectedly turned into opportunistic advocacy.

It seemed that most people were unfamiliar with Tesla, and CEO Elon Musk.

Bria and her parents pointed out that, as they progressed through the whole situation, they were shocked to realize how little people knew of Tesla, and Elon Musk, and electric cars. When talking to everyone from neighbors and relatives, to school staff, media, school board members at a recognition ceremony for Bria, and even educators at a state-level writing award ceremony, the common response was:

This is surely not a positive realization for the segment, but it is not unexpected. Nearly all of the other 5th graders had never heard of Elon Musk, and few knew of Tesla's existence. Diana Esparza, Bria's teacher at Graebner, decided to work together with us to raise awareness, and asked the students to do some research on Tesla and other "green-friendly" practices in general. Then, each of them came up with a suggestion for Tesla.

What an incredible way to educate and advocate for a more healthy planet!

The entire school was overtaken by an earth conscious buzz, with many of the students going home and sharing with parents and friends, all about Tesla, saving the planet, and electric cars. Though the Loveday family only witnessed this at a local level, the enormity of the global impact is truly staggering. A vast majority of the news watchers, and the social media circuit, were learning about Tesla, and CEO Elon Musk, for perhaps the first time.

Bria and her family fielded questions from a multitude of people over the phone, via email, and on social networks. Many of the news outlets that called for interviews knew very little about the electric car startup, or its outspoken leader. Now they know ... all because of a letter from a child, and a class-act CEO.

It turns out that 5th graders are very creative, and could provide some welcome advice to our global business leaders. One student suggested that Elon start a "kids" advisory council of sorts, to spawn new ideas from the younger generation. He also wants to see a solar-powered Tesla Model S. Another student thinks that doors (like the falcon-wing doors on the Model X) should retract/slide up into the vehicle's roof. Yet another 10-year-old believes that comedy in the ads is a surefire key to success.

Little did these students know, Tesla is all about solar power, and Elon Musk has mentioned the probability of a solar vehicle roof option in the future. Consumers voiced concerns that the falcon wing doors could potentially be an obstacle, or collide with ceilings or objects. However, Tesla utilizes sensors so that this is not an issue. Tesla has ventured into Kindergarten classrooms in China to educate children about green-friendly transportation.

It is pretty awesome to see what can unfold via the internet and social media these days. All of this is proof that we can make a difference by informing the masses, and moreover, educating the younger generation.

Check out a few of the letters below: