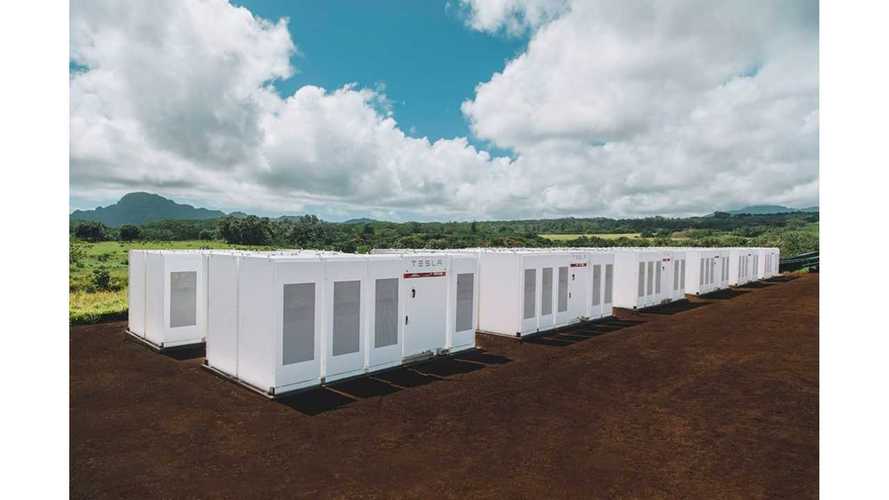 Tesla has just delivered its second largest energy storage system to date, a 52 MWh project for the Kauai Island Utility Cooperative in Hawaii.

The ESS consists of 272 Tesla Powerpacks, and is integrated with a 13 MW solar installation to secure power supply at night.

"To achieve a sustainable energy future the world needs reliable, renewable energy around the clock.

The island of Kauai has an abundance of solar energy but it can only be used when the sun is shining. Kauai burns millions of gallons of fossil fuels annually to produce energy at night.

Until now. Tesla’s 52 MWh Tesla Powerpack and 13 MW solar farm will store solar energy produced during the day and deliver it to the grid during the evening hours to reduce the amount of fossil fuels needed to meet energy demand. This dispatchable solar project represents the first time a utility contracted for a system of this scale that stores and delivers solar energy after sunset."

Tesla has signed a 20-year contract with Kauai Island Utility Cooperative to sell electricity at 13.9 cents per kWh, which is about 10% less than Kauai paid previously for diesel power plant (15.48 cents).

Bloomberg reports that consumers paid some 27.68 cents in December for electricity in the state.