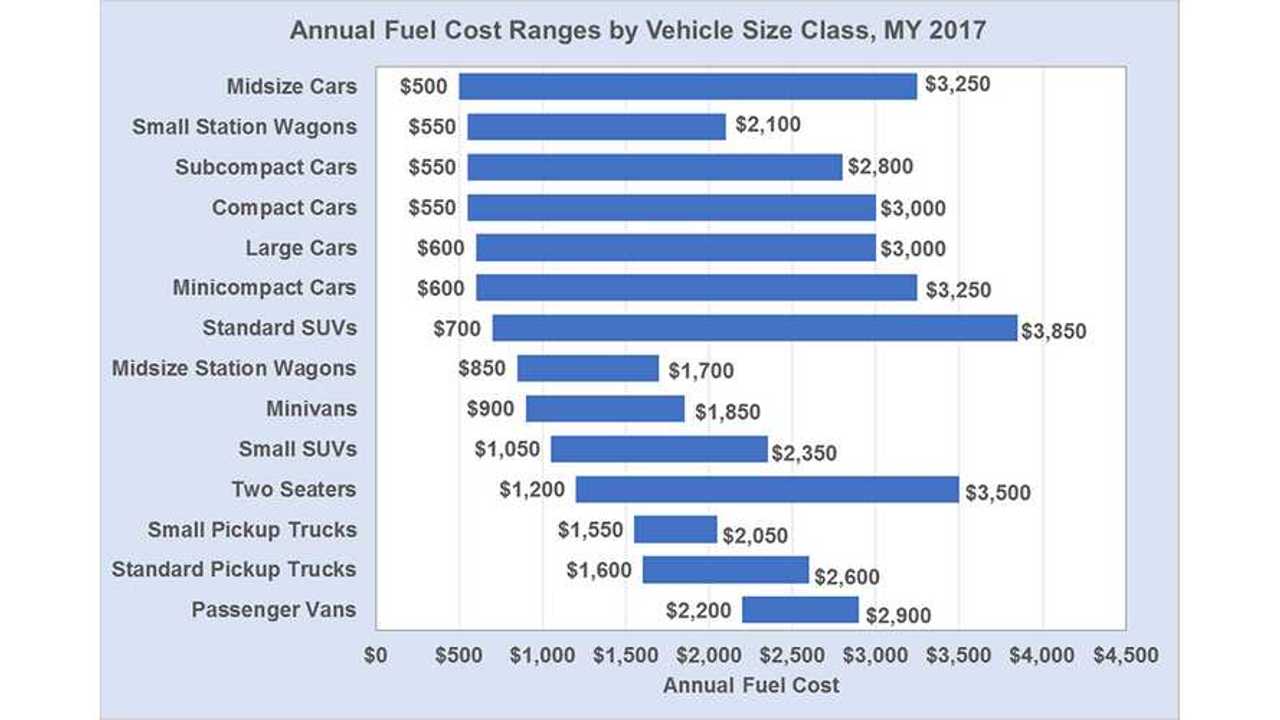 The U.S. Environmental Protection Agency (apparently still a real agency) revealed its estimated annual fuel cost list for light vehicles sold in America; which is based on an average mileage driven of 15,000 miles (55% in city driving, 45% highway driving).

As one might expect, all-electric and plug-in hybrids lower transportation bills to just a few hundred dollars in some cases. Leading the way, the Hyundai IONIQ Electric was considered to have the lowest annual energy cost, at just $500 a year - not to shabby for 15,000 miles of travel.

The differences between the IONIQ and the most expensive models are pretty large, with standard SUVs costing up to $3,850 to fuel up over a year.  A gap that could widen even further as gas prices at the pump are expected to rise by year's end.

The 2017 Fuel Economy Guide by the U.S. Environmental Protection Agency and U.S. Department of Energy shows the estimated annual fuel cost ranges for each vehicle size class. For most size classes, there is a wide range of vehicle fuel costs for consumers to consider. Vehicles classified as standard SUVs had the widest range in annual fuel cost from a minimum of $700 to a maximum of $3,850 per year.

The small pickup trucks class, which has only conventional drivetrains, had the narrowest fuel cost range with a difference of just $500 between the models with the lowest and highest annual fuel cost. Among all size classifications, the vehicle with the lowest annual fuel cost for the 2017 model year falls into the midsize cars class at only $500 per year (the Hyundai Ioniq Electric).