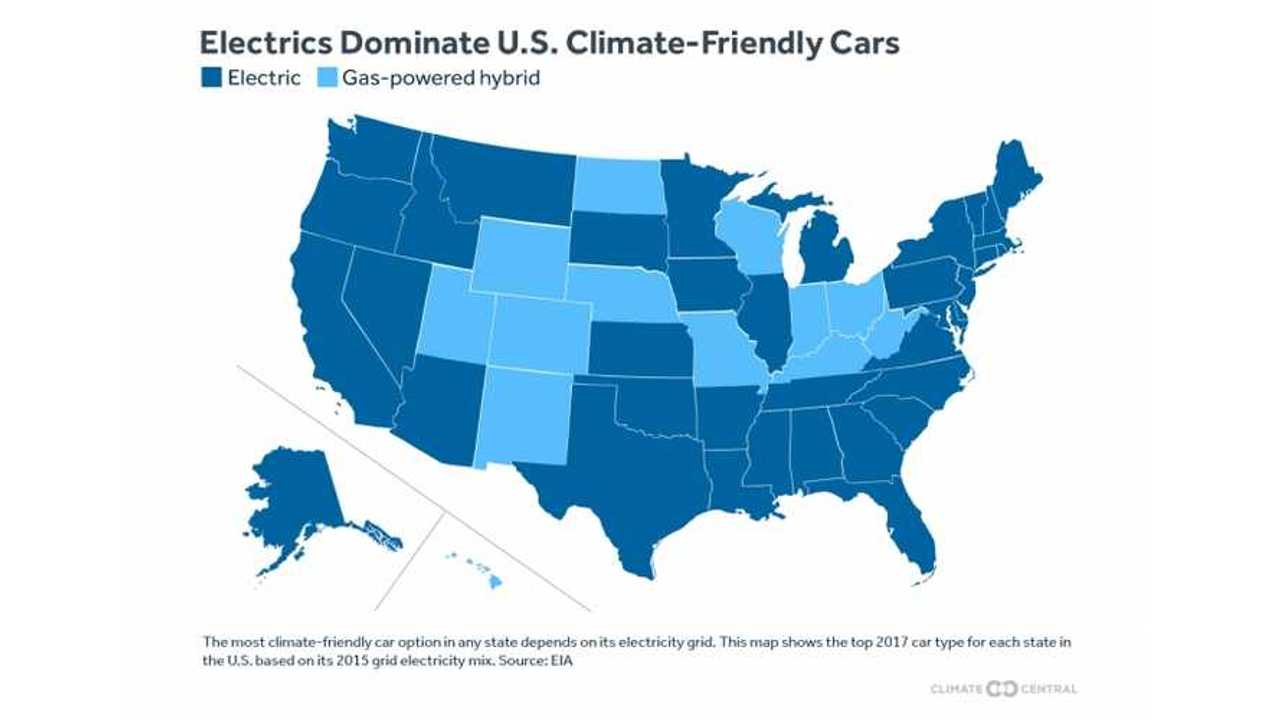 Climate Central has released an interesting article updating various automobile-types environment impact, which in the case of plug-ins, is highly dependent upon on electricity grid.

According to the above map, the gird is clean enough in most US states to making driving on electricity the choix du jour over any other type of fossil fuel.

The second takeaway is that every year, the average emissions from the US grid is decreasing, as there is more fuel-efficient power generation facilities and more renewables coming online all the time.

Check out the dramatic changes as it relates to plug-ins between 2009 in the updated 2014 chart below.

However, in looking at the map (above) there is still a ~dozen states that need to improve to fully justify the switch to all-electric cars over any other choice.  In those markets, the best option for now (on paper) seems to be gas-powered hybrids.

"Still, the energy mix is environmentally friendly enough to mean that the three most climate-friendly cars to operate over 100,000 miles in Tennessee are all-electric vehicles — models made by BMW, Mitsubishi and Fiat. In 13 other states, including Colorado, Hawaii, Kentucky and North Dakota, heavy coal use means it’s still better for the climate to operate an efficient gas-powered model."

For many regions, all-electric cars usually bring more environment impact on the manufacturing stage, but the benefits obviously increase over the miles drive.  Considering the average range (and thus lifespan) of BEVs is also expanding at a huge rate, the numbers have never looked better, now crossing the break-even mark before 50k miles.

The Union of Concerned Scientists in separate report says that EVs are cleaner than ever - "For over 70 percent of Americans, driving an EV results in fewer emissions than even a 50 MPG gasoline vehicle".

Improvements between 2009 and 2014 are tremendous:

New Numbers Are In and EVs Are Cleaner Than Ever (source: Union of Concerned Scientists)