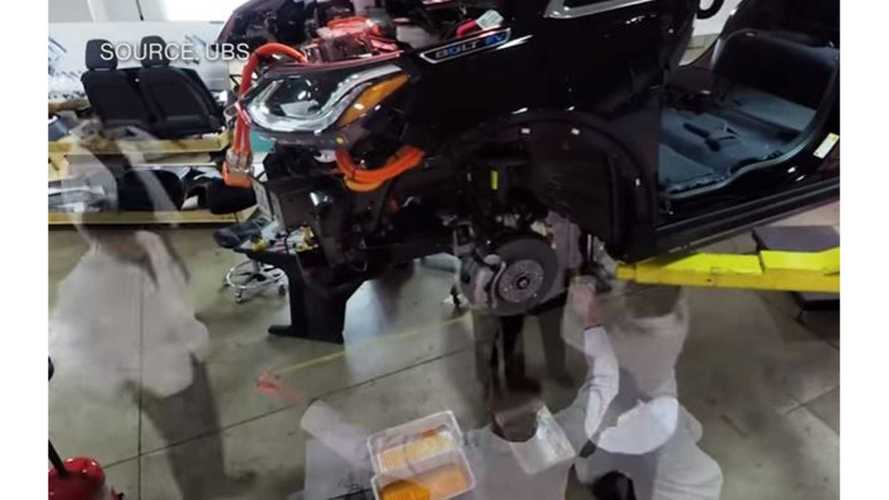 Under the hood look and into the wallets of the Chevrolet Bolt and what is costs GM to make each car.

Recently, UBS did a complete teardown and cost analysis on the Chevrolet Bolt. The findings include that the Bolt’s electric powertrain is $4,600 cheaper to produce than it was previously estimated. UBS says that there's “much cost reduction potential left.” Something General Motors is actively working on right now.

UBS still believes that General Motors is selling each Bolt at a loss though:

“We estimate that GM loses $7,400 in earnings before interest and tax on every Bolt sold today, mainly due to a lack of scale.”

In this video, Colin Langan, a UBS analyst, discusses the Bolt, as well as the upcoming Tesla Model 3, which he says will be less of a earnings loser for Tesla than the Bolt is for GM.

"Colin Langan, a UBS analyst, discusses his cost analysis of the Chevy Bolt and the outlook for the electric-vehicle market with Bloomberg's Emily Chang on "Bloomberg Technology."