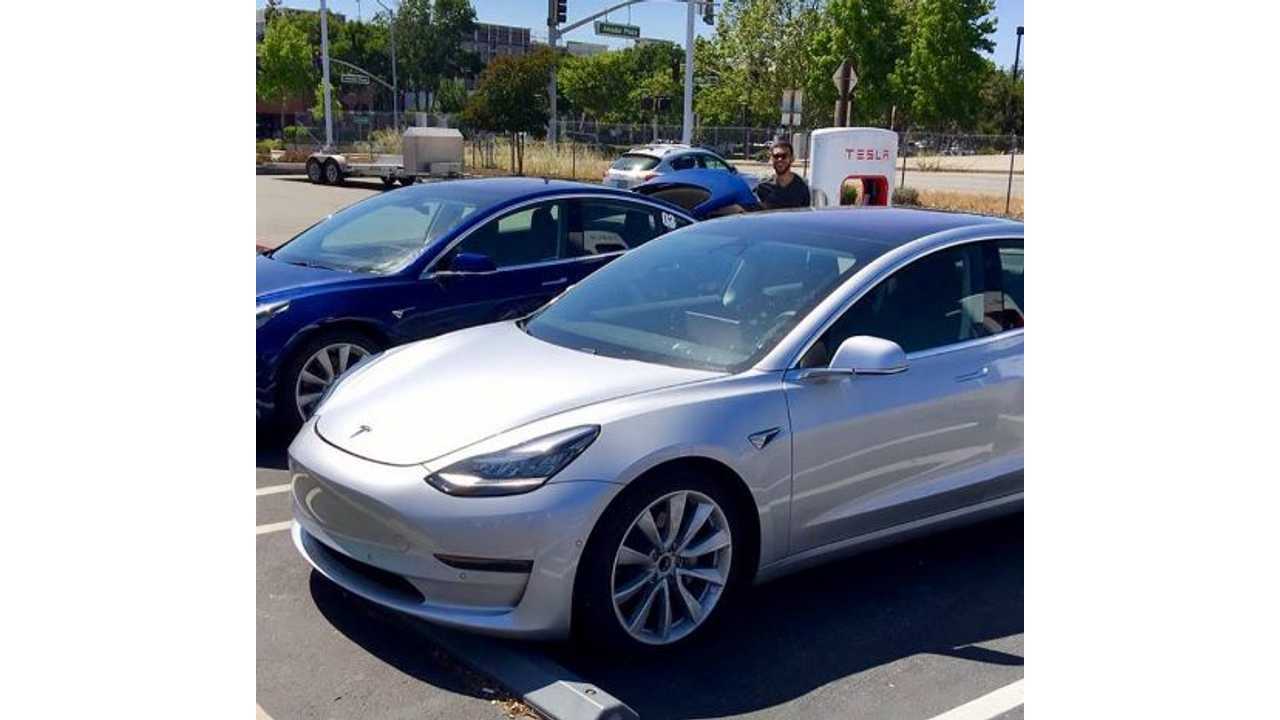 The angle of the image teases us by showing oh so little, but at least we get a glimpse.

Here's a rare look at a Tesla Model 3 in the wild with its trunk open. The blue one, that's partly obscured by the silver Model 3.

It's hard to tell from this point of view if the trunk opening has been enlarged as Tesla CEO Elon Musk stated it would be following the initial Model 3 reveal in prototype form. The 3's trunk opening drew a lot of criticism back then, so Musk responded with this:

Here's a look at the trunk opening on a Model 3 earlier prototype.

The final reveal of the Model 3 in full production form will take place sometime in July. Ahead of that, a small viewing party will get an up-close look at the Model 3 on June 2 and 3.