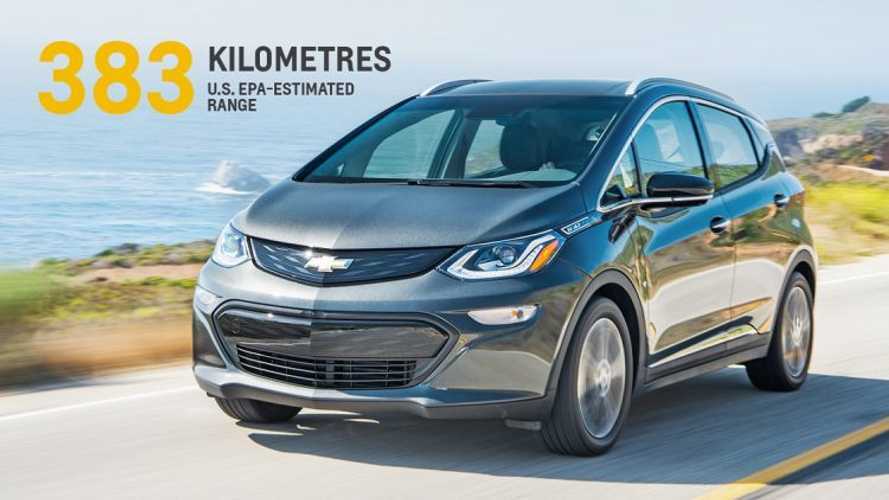 Big deals could be coming up North.

Electric vehicle sales in Canada continue to improve, with the Chevrolet Volt leading the way. Last week, the national government announced a comprehensive plan to, "increase the number of zero-emission vehicles (ZEVS) on Canadian roads by 2018." The gist is that since the transportation sector is responsible fro almost a quarter of the emissions generated in Canada, shifting as many vehicles as possible over to plug-in electric or hydrogen power to, "to significantly reduce greenhouse gas emissions from the light-duty vehicle sector."

It's not just the Canadian federal government that's taking a new pro-EV stance. The province of Quebec, for example, recently announced that it would incentivize the sale of used EVs, including used Nissan Leafs from the U.S. The whole country is using a plan called Transportation 2030, that wants to make travel for everyone easier, safer, and greener. Read more on that here.

MONTREAL, May 26, 2017 /CNW/ - Today, the Honourable Marc Garneau, Minister of Transport and the Honourable Navdeep Bains, Minister of Innovation, Science and Economic Development, announced that the Government of Canada is moving forward with provincial and territorial partners, industry and stakeholders, to develop a national strategy to increase the number of zero-emission vehicles (ZEVS) on Canadian roads by 2018.

Transportation accounts for about 24 percent of Canada's emissions, mostly from cars and trucks. ZEVs which include battery electric, plug-in hybrid, and hydrogen fuel cell vehicles, offer the potential to significantly reduce greenhouse gas emissions from the light-duty vehicle sector. Canada is also uniquely placed to take advantage of the opportunities associated with the advanced technology driving this evolution - including innovation, R&D and talent – to create high quality middle class jobs.

Under the Pan-Canadian Framework on Clean Growth and Climate Change, federal, provincial and territorial governments committed to work with industry and stakeholders to develop a Canada-wide ZEV strategy by 2018. This strategy will be ambitious and will build on existing initiatives, such as light-duty vehicle regulations, provincial ZEV programs, and Canadian innovation superclusters, to help meet our 2030 greenhouse gas emissions reduction target and realize our potential as a global leader in innovation and the clean economy.

To advance the strategy, a national Advisory Group has been established to contribute to developing options for addressing the key barriers for greater deployment of these technologies in five areas: vehicle supply, cost and benefits of ownership, infrastructure readiness, public awareness, and clean growth and clean jobs.  The Advisory Group includes representatives from governments, industry, consumer and non-government organizations and academia.

The Government of Canada has made an important start in supporting further deployment of ZEVs by providing $62.5 million through Budget 2016 and an additional $120 million through Budget 2017 for Natural Resources Canada to deploy infrastructure for electric vehicle charging and refuelling stations for alternative fuel such as natural gas and hydrogen, as well as to support technology demonstration projects. Investments like this will make it easier for Canadian ZEV drivers to travel farther, enabling them to do their part to address our climate change challenge.

"We understand Canadians' concerns about the environment and are developing an aggressive strategy to tackle climate change by taking actions to reduce greenhouse gases and air pollution. By putting more zero emission vehicles on the road, we are investing in the future of cleaner transportation for all Canadians."

"We have an opportunity to have a major impact on the development of clean energy and clean transportation. Canada is home to countless innovative firms and talent that are already shaping the automotive technologies of the future. This strategy provides an important opportunity to create highly skilled middle class jobs, reduce carbon emissions and create healthier communities."

"Developing a national strategy on zero-emission vehicles is one more way Canada can lead the global transition to the low-carbon economy while creating good jobs and giving Canadians more choices the next time they need to buy a vehicle."

"This is a time of laying the groundwork for the 21st-century society we want. As a government, we are putting forward a broad, thoughtful and modern agenda. New measures to improve efficiency across the transportation sector, as well as to encourage zero-emission vehicles, will complement carbon pricing and take advantage of a low-carbon electricity grid."