Tesla Model X To Go On Sale In Taiwan 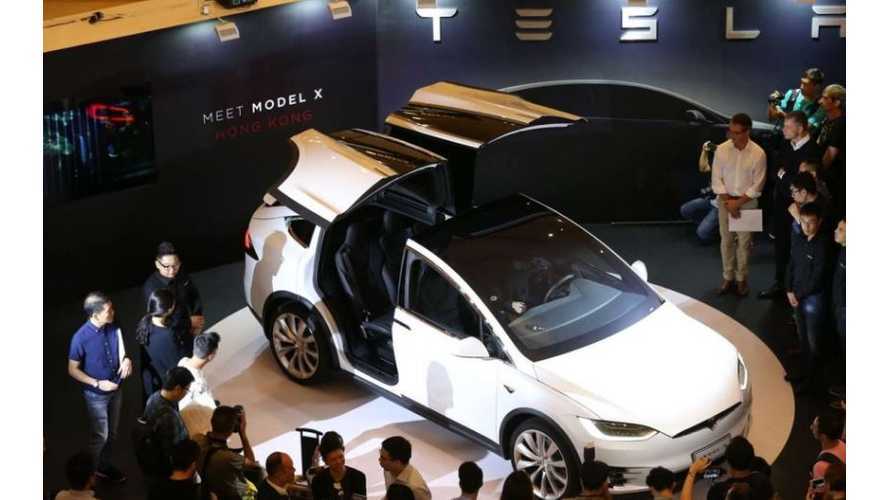 About a month ago, Tesla started delivering the first Model S vehicles in Taiwan. Now, the automaker has unveiled its Model X in the country, and sales are set to begin.

The Model X enjoyed a lavish ceremony and launch festivities in Taipei, at Bellavita, a luxury department store in the area.

Tesla has already installed 100 destination charging areas around Taiwan. The bulk of them are situated in Taipei, as well as Taichung and Tainan. The automaker will also be moving forward with a planned headquarters and service center in Taipei, which will be located in the Neihu District. The location should be functional as soon as the second quarter of 2017.

China marked Tesla's most substantial market in 2016, aside from the U.S. The mainland is home to 114 Supercharger stations, 9 service centers, and 23 stores. Expansion throughout Asia is imminent, with efforts in Taiwan and South Korea coming ahead of other areas.

Taiwan is known for its focus on technology and innovation. Isabel Fan, regional director of Tesla Hong Kong and Tesla Macau, will also be managing the automaker's Taiwan operations. He said that Tesla is expanding there rapidly due to Taiwan's reputation as a "technology hub and a trend-setter for the region." He shared:

"We already have over a dozen products in our car that are made in Taiwan. I see landing Tesla in Taiwan as not only benefiting Tesla by giving us a new market but also as helping the overall industry to move forward."