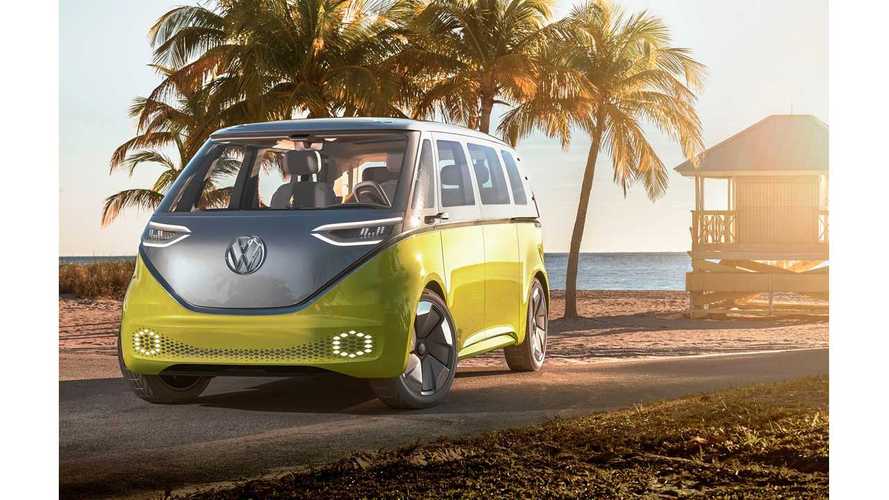 "The concept has been well-received in the US and Europe, but the missing link is China. From the business case point of view it’s quite an investment – it needs a global green light. In the meantime, it’s thumbs up."

VW says that public reaction to the vehicle will ultimately determine whether or not it gets the production nod.

If it enters production, it may change a bit from the concept shown. Quoting Bischoff:

"It’s more than a skin, and more than a show car. Maybe it will shrink a little, but inside it is much bigger. I've tried quite a bit to bring this to life. This is the final temptation."

Here is the US there's been an overwhelmingly positive response to the ID Buzz that debuted at the 2017 NAIAS.

If the Buzz doesn't get the production nod, then perhaps an electric VW SUV concept that's set for debut at Shanghai will. We'll know more about this model in the very near future. For now, all Bischoff is willing to say is that its design is "non-aggressive but self-confident."