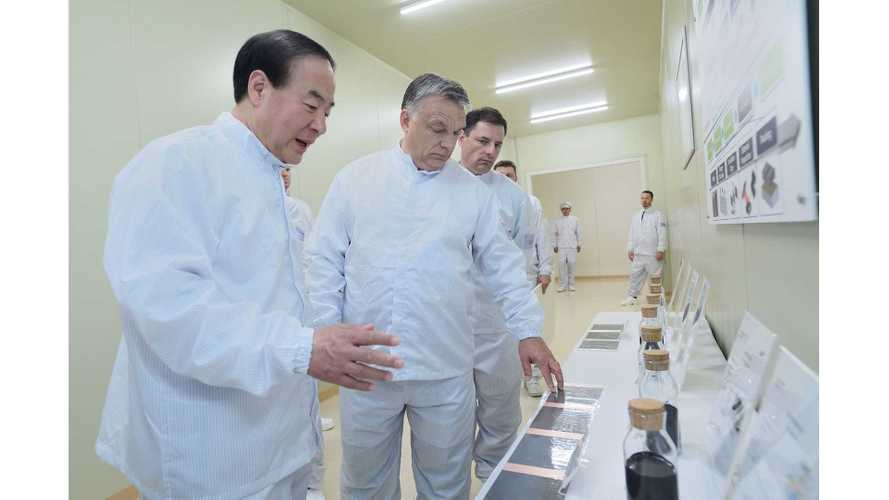 Samsung SDI continues forward progress with its $358 million battery factory conversion in Hungary. In fact, the facility is now completed (that was quick - just under a year by our reckoning), and on schedule to start production in second quarter of 2018.

The company, which is seen as the only legitimate competition to LG Chem for 3rd party supply deals, intends to produce up to 50,000 battery packs annually for pure electric cars out of the new facility.

Samsung's other two factories are located in Ulsan, South Korea and Xian, China.

One of the largest customers for Samsung SDI is currently BMW. Next year, the cells from Hungary will flow also to Audi.

Sitting on a 330,000 square-meter site in Goed, the plant is capable of producing batteries for 50,000 electric vehicles annually with operations expected to begin in the second quarter of next year. The company will be able to not only save logistics costs, but also improve customer service in Europe. Samsung SDI’s former plasma display panel (PDP) plant has been transformed into a plant equipped with state-of-art technology of Samsung SDI to produce high-power and high-efficiency EV batteries. Through construction of Hungary plant, Samsung SDI sets up a global electric vehicle batteries production tripod with plants in Ulsan, South Korea and Xian, China.

Europe is leading the global EV market with its environment-friendly policy. The market for batteries, one of core parts of electric vehicles, is expanding fast alongside the EV market."

“In the early 1990s, we met capitalism and encountered various kinds of companies and brands. We have learned that ‘Made in South Korea’ is a warranty check that guarantees quality of a product. Korea was good example to us indeed. We learned that this is the most important key for a diligent small country to build a strong economy and hold a firm position in the world market. Samsung learned from others but it has always walked its own path. Goed wanted Samsung SDI and Samsung SDI wanted to come back to Goed. That’s the reason for Hungarian government to support this project. I would like to thank Samsung SDI executives for choosing Hungary and Goed.”

“State-of-the-art technology of Samsung SDI will be applied to batteries to be made in this plant in Hungary. Batteries are one of the most important parts supplied to global car makers. I expect the plant to contribute much to the growth of the European electric vehicle market.”