Nissan Close To Exiting Battery Business, AESC To Be Sold For $1 Billion 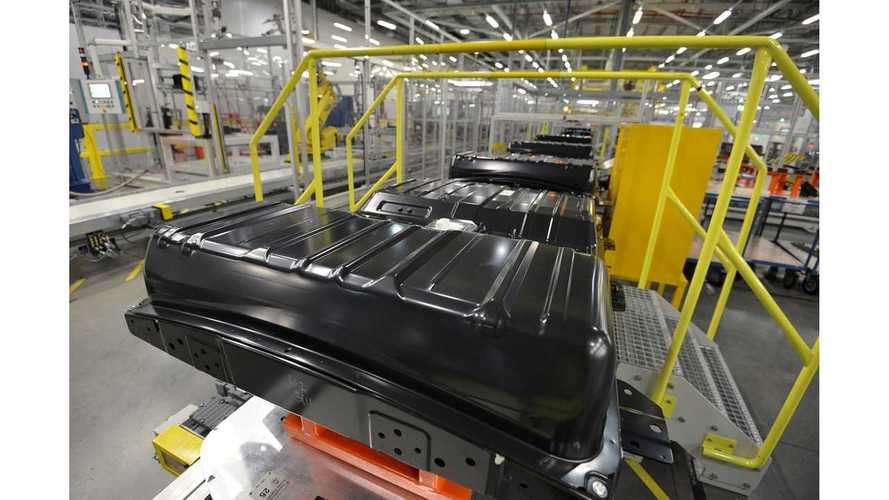 Over the past few years, we have seen Nissan push further and further away from building all its own batteries, instead talking up the fact it will procure cells where and when it makes the most sense (think LG Chem).

The $1 billion deal is currently being finalized and expected to signed within two weeks.

GSR Capital is backed by Hubei province, which makes the acquisition pretty interesting.

Nissan currently owns 51% of the AESC (lithium-ion battery unit that supplied cells and modules for LEAF, e-NV200 and some of the Renault models). Remaining 49% belongs to NEC Corp.

"GSR Capital sees value in building an independent battery supplier to multiple automakers and is considering moving some of AESC’s manufacturing to Hubei, the people said. The central Chinese province -- home to the Three Gorges Dam and the nation’s second-largest carmaker, Dongfeng Motor Group Co. -- recently earmarked 547 billion yuan ($80 billion) for investments in areas like clean energy to modernize its economy.

“This deal would bring huge benefits to both sides,” said Takeshi Miyao, an analyst at Tokyo-based market researcher Carnorama. “China is planning to manufacture batteries in the country as they encourage use of electric vehicles and AESC would be a perfect target as it has good battery technology.”"

AESC acquisition would be largest deal ever for a Chinese company in Japan, as total investment in 2016 amounted $700 million. So far this year it's just $11.4 million.

As for who would be picking up some of the slack for future battery production in cars like the next generation LEAF (and its two other unannounced, but arriving by 2019 EVs) if Nissan in indeed out of the business?

We assume some component of the battery supply chain would still produced by AESC for a time (as part of this deal), but considering the forerunner of the 2018 LEAF, the IDS Concept's 60 kWh battery pack was an LG Chem co-operative project, and then Nissan CEO Carlos Ghosn said this statement to the Wall Street Journal around the same time...it has to be LG Chem:

“We have opened to competition our battery business in order to make sure we have the best batteries. For the moment, we consider that the best battery maker is LG.”

What prompted the change of heart for Nissan (and several other OEMs build, or with plans to build batteries themselves)?  The entire industry has been scrambling since LG Chem introduced and started taking orders for its $145/kWh battery cells in early 2015.  The return on investment to "build your own" seemingly vanished overnight.

As for Nissan's actual battery facilities in the US and UK, those are apparently on the table for sale as well according to the Nikkei Asia Review.

"Nissan apparently is also in talks with GSR to sell its U.S. and U.K. facilities that make automotive batteries. The carmaker intends to exit operations employing existing lithium-ion battery technologies, while continuing research and development of next-generation batteries made with new materials."