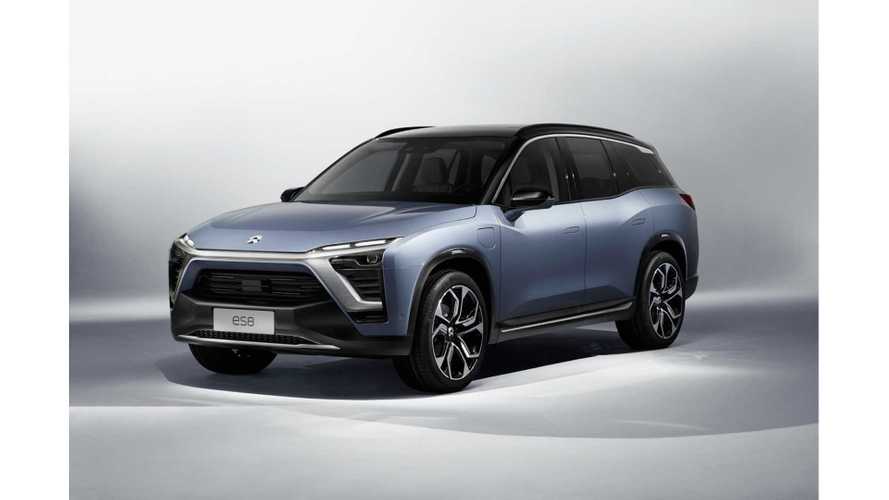 Chinese electric vehicle startup, Nio (formerly NextEV), is moving to take on Tesla with its NIO ES8 electric SUV, and Business Insider pulled some insight from the automaker's U.S. boss.

The NIO ES8 was recently unveiled at the Shanghai Auto Show in China. The company has already produced six flagship EP9 supercars, one of which just broke the all-time Nurburgring lap record recently set by Lamborghini. Former Formula 1 driver Nelson Piquet, Jr., who now drives for NextEV in the all-electric Formula E racing series, and contributes at InsideEVs, happened to be at the ES8 unveiling in Shanghai.

This is surely not a startup that is lacking in resources or experience.

NIO will begin delivering the ES8 electric SUV in China in 2018. China is the world's largest automotive market, and is showing tremendous electric vehicle sales growth. In 2015 and 2016, China exceeded both the U.S. and Europe in electric car sales. Tesla specifically has seen a massive sales increase in China, but still sells more of its vehicles in North America.

Enough with the background information ...

Business Insider was fortunate to connect with former Cisco CTO, Padmasree Warrior, NIO's U.S. CEO, for a little detail grab regarding the upcoming NIO ES8. Let's take a look at what she had to share:

Warrior also revealed that NIO will be collecting data to develop software capable of Level 4 autonomy. By the time the electric SUV hits the U.S. market, it will have full self-driving capability. Tesla's former engineer for Autopilot, Jamie Carlson, is heading up NIO's autonomous division. He previously worked with Apple in special projects, and is assumed to have been involved in some capacity with Apple's secretive "Project Titan" self-driving Apple Car venture.