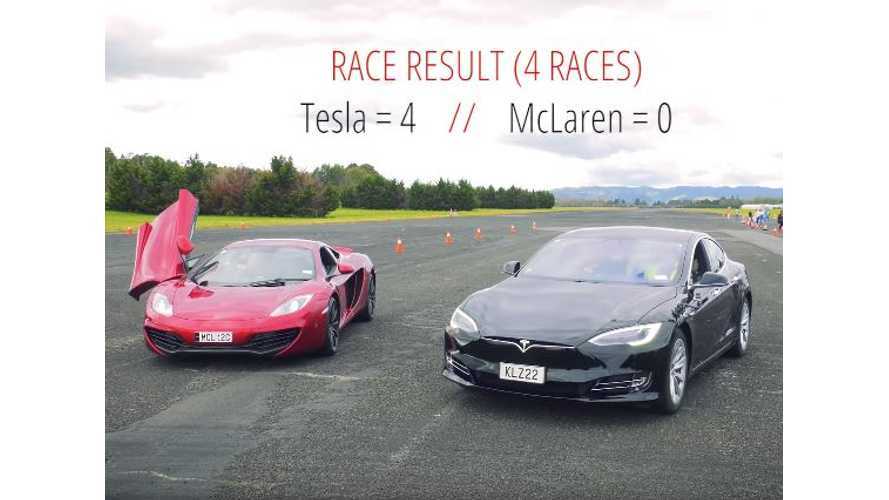 A classic supercar versus a modern-day family sedan.

Of course, this is no ordinary sedan. It's the Tesla Model S P100D with Ludicrous, which we all know is quicker than quick.

The now-dated McLaren MP4-12C stands no chance against the mighty Tesla, but we applaud the owner/driver for giving it multiple gos.

"Check out this video from the #Leadingthecharge / GVI Electric Road trip stop at Ardmore Airport! As part of the fun on the day we had a drag race between a Tesla Model S P100D with Ludicrous and a McLaren MP4-12C!! EV vs. ICE! The ultimate grudge match!!"