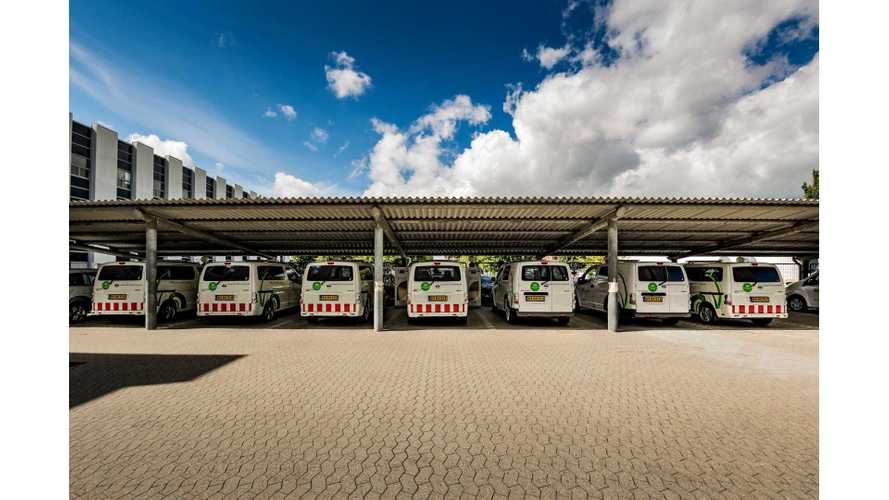 Denmark, which is one of the foremost markets for the adoption of renewable energy generation and V2G trials, is to have key role in the development of a universal definition for the grid integration of electric vehicles, enabling worldwide support of a future power system based on renewable energy.

Several companies, including Nissan, Mitsubishi and PSA (now owners of the Opel brand, and with big plans in the plug-in space) will work together under the Parker Project, hoping that future V2G systems will become a common platform among all automakers offering.

According to officials, the Parker project will demonstrate and define the technical capabilities, which future electric vehicles must support in order to roll out V2G worldwide.

Partners will also explore the most viable commercial opportunities by systematically testing and demonstrating V2G services across the plug-in brands, identifying the economic and technical impacts of the application on the various power system and markets.

"The project partners are at the forefront of grid integration development, and the car manufacturers Nissan, Mitsubishi and PSA Groupe have already implemented the technology known as vehicle-to-grid (V2G) in various car models. V2G is part of the technology that makes it possible for an electric vehicle to become grid integrated and provide electricity to and receive electricity from the grid. Through V2G technology, the vehicles can serve as power resources and thereby actively support the power grid.

However, a global rollout of grid-integrated vehicles calls for common ground – a universal definition – so thousands of electric vehicles of all makes and regardless of their location will be able to provide electricity to the power grid according to the local grid needs.

“It is important with a common definition of what the grid-integrated vehicle is, as it ensures that cars, across contemporary brands of series produced vehicles, have the technical capabilities required to optimally support the grid,” explains Peter Bach Andersen, Researcher at the Center for Electric Power and Energy, DTU Electrical Engineering and Project Manager of the Parker project.

To achieve this common definition, the Danish project will demonstrate and define the technical capabilities, which future electric vehicles must support in order to roll out V2G worldwide. Furthermore, the project will take the first steps towards developing a Grid Integrated Vehicle (GIV) certificate that car manufacturers can apply to mark the vehicles’ ability to support the grid. Consequently, the project strengthens Denmark’s position as a global pioneer, when it comes to grid-integrated vehicles.

“It is very exciting to see the different partners coming together, including utilities and car manufacturers, joining DTU and Nuvve in Denmark, where we have been pioneering V2G research for the last 5 years,” says Prof. Willett Kempton, Nuvve’s CTO and the inventor of the Grid Integrated Vehicle concept.

Next step towards global commercialization

Besides playing a key role in global challenges such as air pollution, climate changes and balancing the electricity grid, V2G capabilities will make future electric vehicles more attractive to consumers, who among other things will be able to sell services to grid.

Leading car manufacturers such as Nissan, Mitsubishi and PSA Groupe recognize the commercial opportunities of grid integration and see the Parker project as the next step towards a global commercialization of grid integrated vehicles:

“Nissan is known for innovation and quality, particularly in electric vehicles, and intends to be a leader in the development of vehicle-to-grid”, says Nicolas Joubaud, Section Manager of V2G and Stationary Storage at Nissan, and continues: “We’re proud to participate in the Parker project, which will give us an even better understanding of how to integrate electric vehicles into the grid on a larger scale. Nissan believes that grid integration will revolutionize the energy market by transforming an electric vehicle into an active energy asset.”

In the project, the partners will explore the most viable commercial opportunities by systematically testing and demonstrating V2G services across car brands. Here, economic and regulatory barriers will be identified as well as the economic and technical impacts of the applications on the power system and markets.

“Enel is taking major steps in the development of smart grids with the aim of effectively integrating renewables into distribution grids, as well as creating an active role for the customer in the energy market. V2G is one of the most promising technologies through which these challenges can be tackled and for this reason, as well as participating in the Parker project, we have developed the Frederiksberg Pilot in Denmark, which is the first commercial V2G hub in Europe,” says Livio Gallo, Head of Global Infrastructure and Networks at Enel.

The Parker project will interface with and pull data from the Frederiksberg Pilot, just as the project will perform tests on seven electric vehicles and six charging stations, which are part of the project."