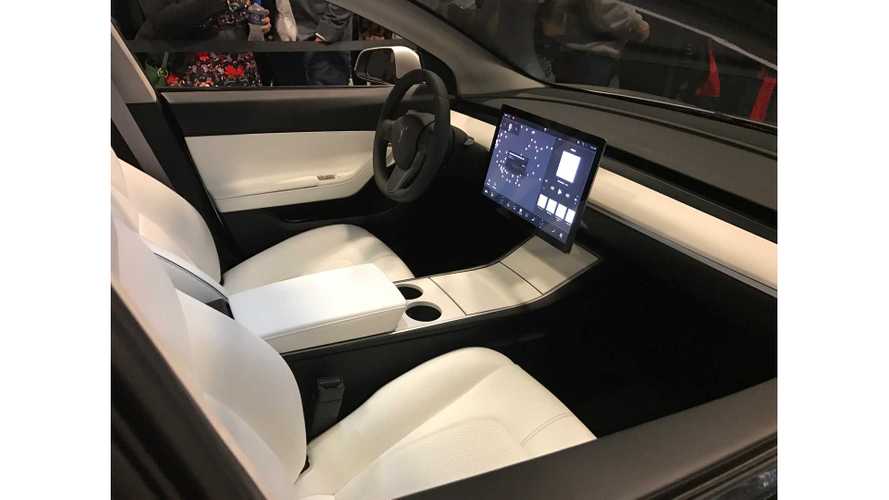 When the Tesla Model 3 was unveiled, there was little coverage of the interior. More specifically, we have no idea what the plan is for the instrument cluster. The prototypes not only seem to be missing a traditional dash display, speedometer, etc., but really, there is nothing visible there at all.

The Model 3 has the large center-mounted touchscreen that is typical of all Tesla vehicles, but that can't be the only display in the car. There have been many guesses as to what the case might be, and before long, we will all know the truth. Tesla is planning its third and final Model 3 unveiling (Part 3).

Matt Parra, Model 3 reservation holder, doesn't think that the car will have a head up display, or that the center screen or console area will show cluster information. This is supported by the fact that Elon Musk announced at the recent fourth-quarter earnings call, that the upcoming vehicle only has one computer, to keep costs down.

Parra believes that the instrument cluster has been "hiding" in the Model 3 all along. However, it can only really be seen by the driver, based on the way that it is configured. This concept by Parra would be inexpensive, wouldn't require another "computer," and serves its purpose in a minimalistic sort of way.

We will all know the truth soon enough ... hopefully around June 2nd or thereabouts.

All photo and information credit to Matt Parra/Facebook, Imgur