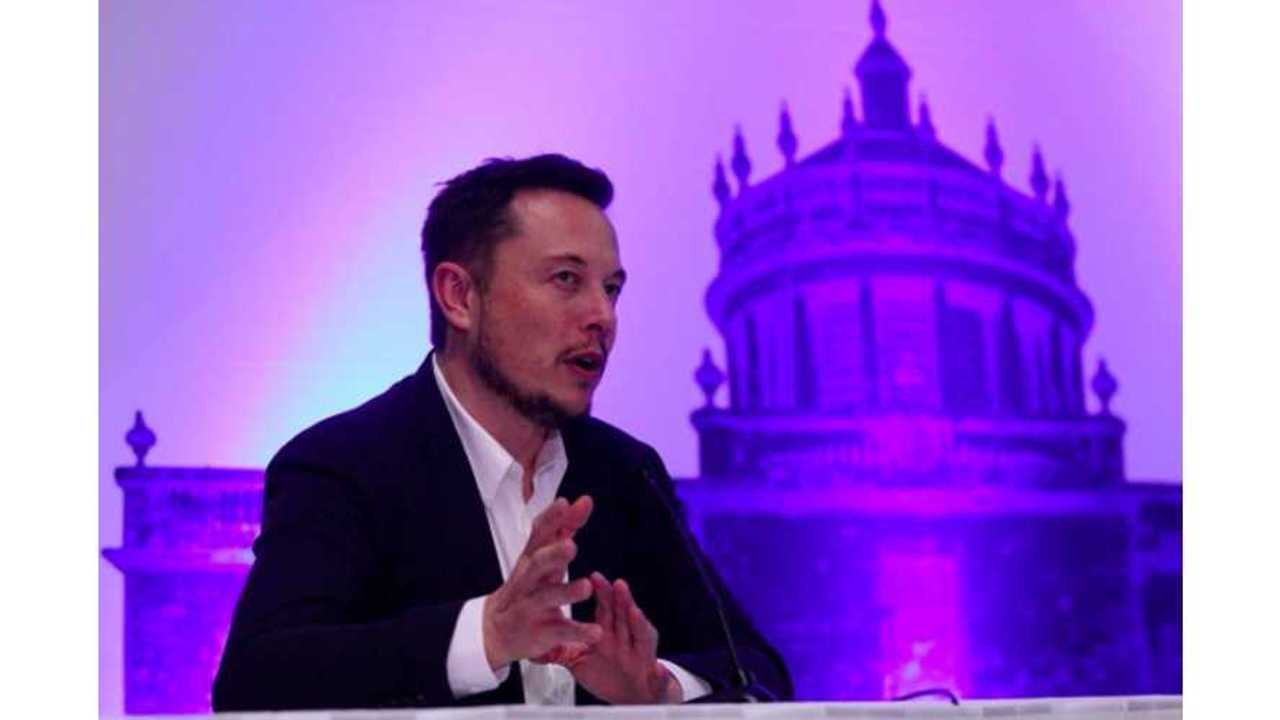 Since March 2013, when Musk was worth an estimated $2.7 billion, his fortune has grown more than five-fold (Image Credit; flickr via Brad Holt)

It turns out that Elon Musk has a high-profile admirer. Peter Diamandis* is an engineer, physician, entrepreneur, best-selling author, and futurist perhaps best known as founder and chairman of the X Prize Foundation and Singularity University.

Diamandis asked his ~100,000 Twitter followers to take a poll. The poll asked followers to vote for the most innovative tech company today — choices were Google, Facebook, Amazon, and Tesla. The winner with a whopping 50% of the vote was Tesla. Meanwhile, Facebook received a paltry 4% of the vote.

Diamandis attributes much of Tesla's explosive growth to Musk: "There’s a strong force-multiplier for your company if you’re willing to be a powerful, outspoken CEO with a clear and dominant MTP/Moonshot  —  something you believe in with all your heart and soul." That said, here's Diamandis' four key lessons that any top exec can learn from Tesla's Elon Musk.

Tesla’s MTP is to accelerate the world’s transition to sustainable energy. To this end, every product Tesla brings to market is focused on this vision and backed by a Master Plan Elon Musk wrote over 10 years ago. Google and Amazon, on the other hand, have scattered vision. Both are collectively working on dozens of innovations, from drone delivery to autonomous cars, that stray from their respective MTPs.

2. Be Confident, Focused, Passionate and Outspoken

Musk has an eccentric, celebrity-like persona as a founder and has rallied a diehard fan base around himself. He believes 500% in what he is doing. He is crystal clear and driven 100 hours per week to execute. While he divides his time between Tesla, SpaceX (and now Neuralink), he doesn’t do anything else, or speak on any other subject. His companies reflect his clarity and confidence. To a large degree, like Steve Jobs and Apple, Tesla is a reflection of Musk himself.

Musk has garnered a cultlike following on social media, with 8.3 million Twitter followers. On the other hand, Larry Page does not even have a Twitter account, and scarcely speaks publicly; Jeff Bezos has tweeted less than 10 times per year since 2009 and has only 208,000 followers. Musk often responds directly to questions his followers throw his way, and has become famous for leaking product updates and launches on Twitter. He certainly has the news media eating out of his hands, and effectively controls the perception of the Tesla brand himself.

Building hardware is HARD. And taking on complex industries like automotive and energy (not to mention space) with new tangible products is perceived by all to have a high degree of difficulty. Hard = Innovative.