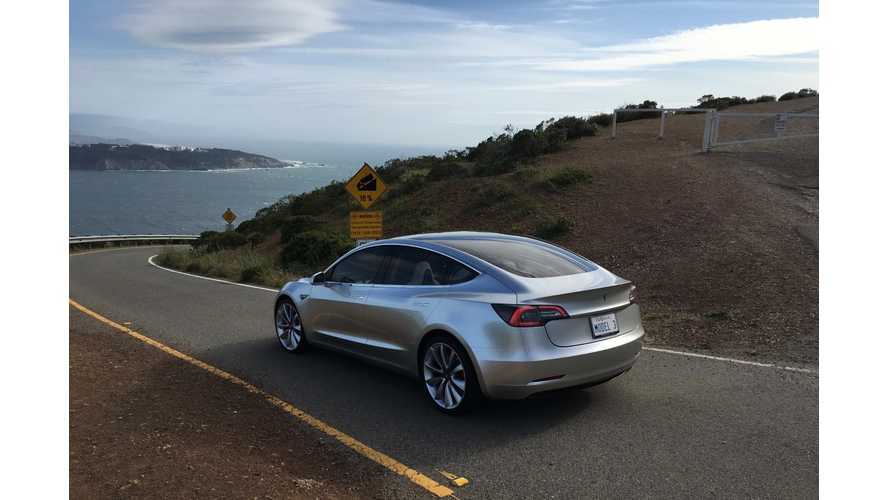 As we have reported before, Model3Tracker.info has become the most notable place to check out data related to the upcoming Tesla Model 3. Updated information shows that nearly every reservation holder plans to upgrade.

This is to be expected, since many of the features that Tesla is most famous for, will not come standard. Also, better-equipped models will come off the assembly line sooner than base models. Added to this, the car (especially if there is still a federal EV rebate in place) is leaps and bounds cheaper than Tesla's current offerings.

The website is tracking 6,300 Model 3 reservation holders. Let's take a look at what the respondents said:

If you factor it all together, 93 percent of those participating are intending some sort of available features, beyond the standard equipment. Of those upgraders, a majority are more interested in longer range, than greater performance. While these two sort of go hand in hand - as a larger battery will travel further and perform better - based on the assumed options, the two are not completely one in the same.

The consensus on the street is that the Tesla Model 3 will have battery capacity options ranging between 50 and 75 kWh. Paul Carter, founder of Model3Tracker.info, doesn't anticipate that the first wave of Model 3 vehicles will come equipped with a larger limited, unlockable battery option. However, there is no way to know for sure what Tesla's plan is.

Hopefully, Tesla will put the Model 3 Design Studio live sometime in June, so that people can begin making choices prior to the initial production pursuit. Teslarati says that Tesla may be able to produce as many as 110,000 Model 3s before the close of 2017. Other recent reports have speculated as low as 30,000, and up to 80,000 or more.