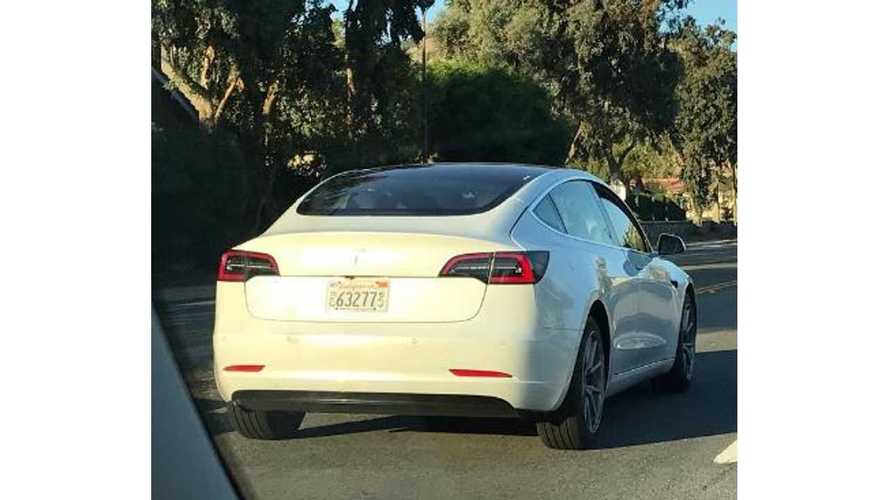 This Tesla Model 3, sporting what looks to perhaps be a white pearly paint job, was spotted in the"jungles" of Silicon Valley.

The uploader of theses two images of the white Model 3 notes the following:

"If you've seen the model S it looks the same just on a smaller scale in person. The front end in profile looks different though, and reminds me of the 80's Porsche 944 or even Honda Accord. It's sleek for sure. Stands out compared to other cars."

That's perhaps the first time we've heard the Model 3 compared to an Accord or Porsche 944, though in our eyes the 3 doesn't remind us of either of those vehicles even the slightest bit.

Separately, over on Reddit, a lone image of a white Model 3 appeared with a roof rack and what looks to be a box on top to simulate a load. You can check out that image in high-resolution here.