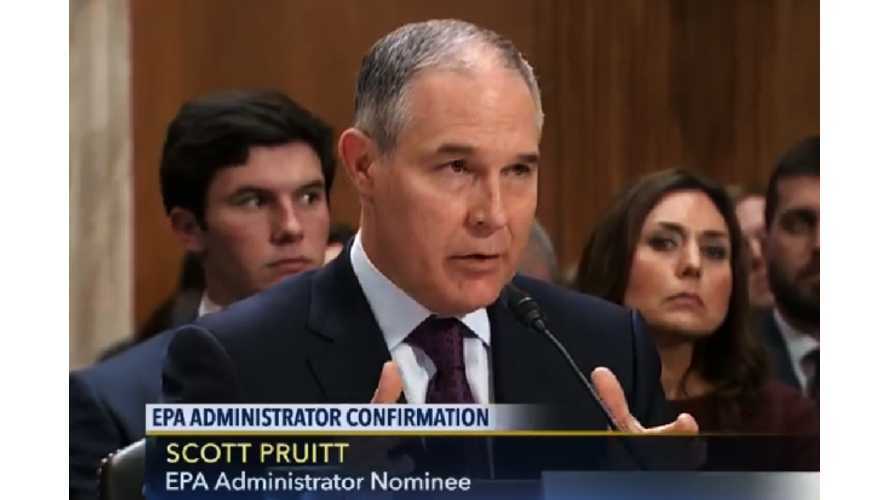 The Trump administration plans to release its first tentative budget on March 13. According to a myriad of sources, it will impose substantial cuts to Environmental Protection Agency funding, to make room for monumental increases to military spending. Part of the plan will act to rollback emissions regulations.

Trump's promises to just the Navy alone ring in around $165 billion. Many cuts will need to be made in order for Trump's plan to work, including those to Social Security, Medicare, and the Affordable Care Act. However, none of these are reportedly on the immediate chopping block.

Instead, the administration aims to to downsize, and perhaps eventually eliminate the EPA. Part of this deals with rehashing emissions standards for vehicles. The EPA "locked" 2025 regulations in place right before Obama left office, and Trump plans to "unlock" them. Automakers have complained that it will be too difficult and expensive to comply with the "stringent" rules, but others argue that many automakers just want to put an end to the adoption of electric vehicles.

The Alliance of Automobile Manufacturers has worked to convince Trump that the EPA's regulations will cost many American jobs. The group has also reported that consumers aren't concerned about fuel economy or emissions, and that the American public will not purchase alternative fuel vehicles.

As soon as next week, the Trump administration could officially withdraw the EPA's ruling, along with the Clean Water Act, the Clean Air Act, and likely several other earth-friendly programs. The administration combats the EPA's "manipulation" of scientific research or economic analysis to support its cause. Trump's EPA transition team is citing a document written by Myron Ebell of the Competitive Enterprise Institute:

"EPA does not use science to guide regulatory policy as much as it uses regulatory policy to steer the science. This is an old problem at EPA. In 1992, a blue-ribbon panel of EPA science advisers that 'science should not be adjusted to fit policy.' But rather than heed this advice, EPA has greatly increased its science manipulation."