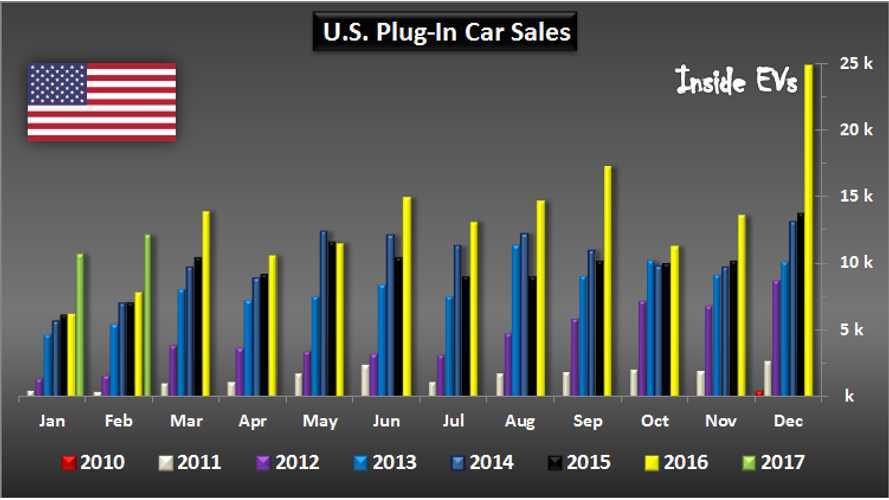 The 12,049 plug-ins sold last month translate to roughly a growth rate of 55 percent and plug-ins now stand at a 0.90 percent market share. The big challenge, though, will be March, since that month in 2016 saw nearly 14,000 sales.

The best-selling model so far this year has been the Chevrolet Volt, but a maturing market with a growing number of competitors means the differences between the leaders is pretty small.

GM sold 3,431 Volts in two months, just a few hundred more than the 2,728 Toyota Prius Primes and 2,650 Tesla Model S EVs (estimated) that were sold. An expanding market for the Chevrolet Bolt EV and the due-any-day-now new Nissan Leaf could mean that these other vehicles will join the race for #1.

The new Toyota Prius Prime quickly took significant part of total Prius sales - 17.4 percent in January and 15.1 percent in February. For comparison, the old Prius PHV peaked at 13.4 pecent in October 2013, but overall Prius sales were higher in those days.