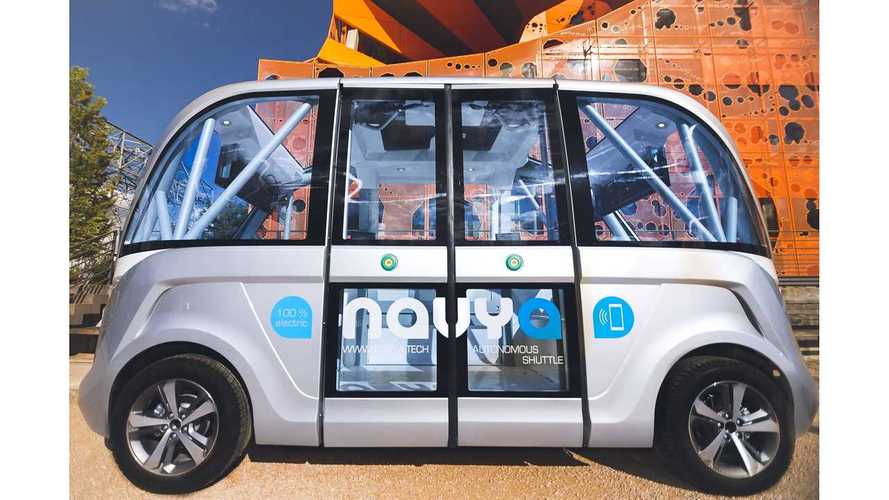 The RAC has come a long way.

It's going to be a bit easier to hop a ride in one of Navya's driverless, automatic, all-electric Arma shuttle boxes. The company just announced that it will expand its Oceania and Southeast Asia footprint from its test program in Perth, Australia to, "new environments throughout Australia, New Zealand and South East Asia."

Since it deploy the first Arma shuttle in late 2015, Navya says its autonomous boxes, "have transported more than 130,000 people and have grown to a fleet of 35 in use in 10 countries around the world."

The most interesting part about this new expansion is that Navya is working with the Australia's RAC (Royal Automobile Club) to do it. That's because the first RAC was started in 1897 in the UK with according to its website, "the primary purpose of promoting the motor car and its place in society." The Australian RAC was started in 1903 and has worked to improve the motoring experience in Australia, as well as trying to improve road safety and the lives of its members. Apparently, cruising around a campus it the next, excellent level for motoring enthusiasts.

NAVYA PARTNERS WITH RAC TO ACCELERATE THE DEPLOYMENT OF DRIVERLESS SHUTTLES IN AUSTRALIA, NEW ZEALAND AND SOUTH EAST ASIA

(LYON, France) May 23, 2017 - NAVYA, the leading name in the conception and development of 100 percent autonomous, driverless and electric shuttles is pleased to announce it has signed a partnership agreement with RAC in Australia to coordinate the on-site commissioning of its NAVYA ARMA, as well as provide a range of technical support services in Australia, New Zealand and South East Asia.

For NAVYA CEO Christophe Sapet, this partnership will help ensure more people can experience automated vehicles and will support the fast-paced growth and global reach of NAVYA's vehicle fleet.

"NAVYA is successfully delivering an ambitious program to deploy our smart mobility systems all over the world and securing local technical support for our vehicle fleet with RAC reinforces NAVYA's strong commitment to provide its customers with the best possible services in a timely fashion," he said.

RAC, with the support of the State Government, launched the NAVYA ARMA shuttle in South Perth in August 2016. This new partnership will enable NAVYA to test its innovative technology in new environments throughout Australia, New Zealand and South East Asia.

RAC Group CEO, Terry Agnew, said the RAC Intellibus™ trial in South Perth was one of the most progressive in the world. "The RAC Intellibus™ trial is aimed at enhancing our experience and understanding of driverless technology," he said.  "We're continuing our own trials in WA, contributing to a number of national working groups and research initiatives and assisting with the development of policy to help ensure Australia is ready for the inevitable arrival of driverless vehicles. The more government, industry and the public learn about and engage with driverless vehicles, the more prepared we will be to transition them on to our roads."

NAVYA, created in 2014, is a French company and leading name in the development of innovative, smart and sustainable mobility solutions. NAVYA develops driverless, automated electric vehicles that are dedicated to first and last mile and independent of all infrastructure. October 2016 saw NAVYA secure a 30 million euro raise in capital together with its original shareholder, investment fund Robolution Capital, Cap Decisif Management with the FRCI Fund (Fonds Régional de Co-investissement de la Région Ile de France), holding company GRAVITATION, French groups VALEO and KEOLIS and GROUP8. NAVYA benefits from major advances in technology in the driverless, electric vehicle sector thanks to a highly-qualified R&D team. Christophe Sapet, its CEO, is supported by a team of 100 people divided up between Lyon and Paris. For more information visit http://navya.tech/.

RAC (Royal Automobile Club) has been one of Western Australia's most recognized and trusted membership organizations since 1905. Without shareholders, its profits are reinvested to benefit its 900,000 members and the wider community. In addition to advocating for safe, sustainable and more accessible mobility options, it also provides a number of services to members through Roadside Assistance, auto services, batteries, tires, insurance, security, travel, tourism and finance.