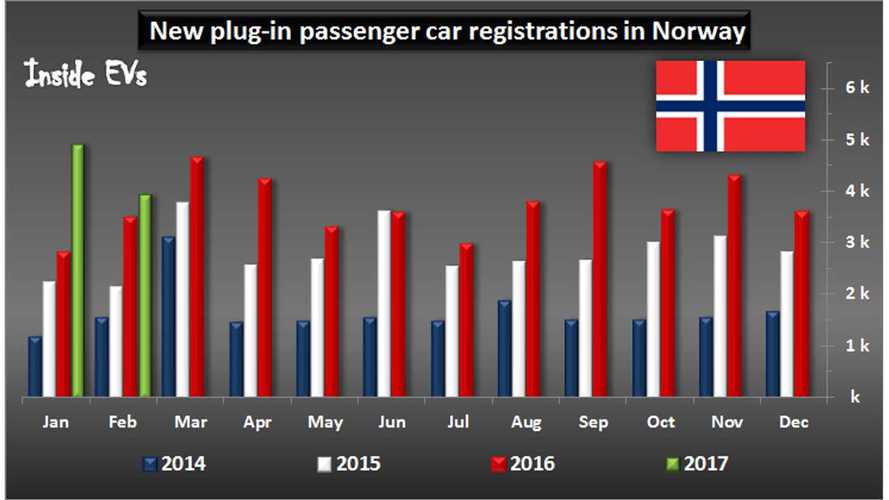 Combining plug-ins with conventional hybrids (14.6 percent) we get 47.6 percent market share for general electrification. Conventional powertrains shrank to 52.5 percent, in part because of the collapse of diesel to 28.5 percent.

Perhaps most interesting, the OFV (see full report here) says that the best-selling conventional-fuel model was 9th in new passenger car sales in Norway, while the best an ICE could do among used imports was 10th!

Among best selling BEVs were:

See the best selling models in the charts below.