Abuse Of Tesla Referral Program Will Be Shut Down, Says Musk 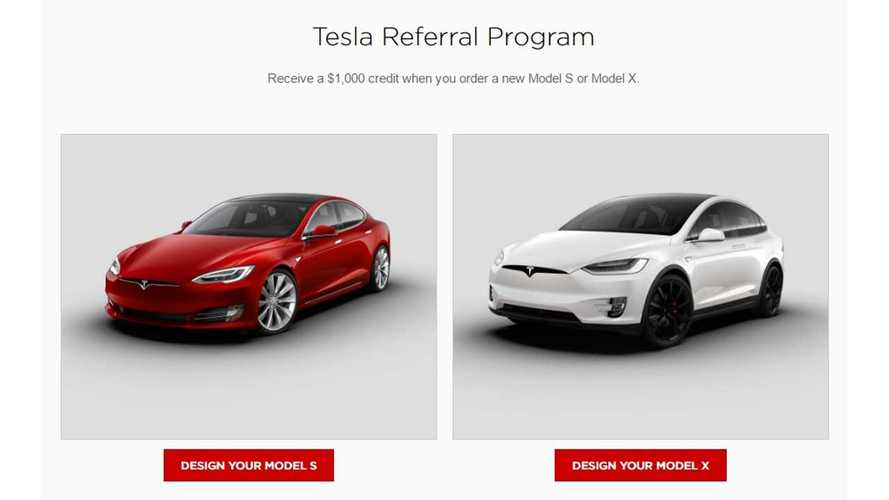 Tesla CEO Elon Musk is known for listening to and finding solutions to customer problems via Twitter interactions.

Though many are using the Tesla Referral Program in such a way that may violate the automaker's "Good Faith" clause, and it has become commonplace and overlooked, Elon Musk Tweeted that he will shut down such use.

The Tesla Referral Program has been highly successful, and those in the EV community are well aware that you can earn some pretty amazing prizes by way of the program. Essentially, refer a friend and get invites to special events, free Supercharging, or a Powerwall. Programs vary from time to time.

New Tesla owners (via the current referral program) can get free, unlimited charging through the end of 2017.

It comes as no surprise that Tesla supporters are eager to offer their referral code to a whole slew of "friends" via their website, social media, forums, YouTube videos, etc. This has become almost like the "thing to do." You read a Tesla article on many websites and the referral code is offered at the bottom of almost every post. Up until now - because it wasn't immediately brought to Musk's attention in a public setting - this has been allowed.

Well, now someone has complained on Twitter, and Elon has plans to "shut that down." Whatever that means exactly.

@station2stat @TeslaMotors Will shut that down. The point is to provide something special that only existing owners can give to friends and it is limited to 5 people.

We are well aware that their will be a mix of opinions regarding this. Are people simply promoting Tesla sales, and the company wouldn't be where it is today without having had this barrage of referral code sharing? Or, has it gone overboard?  People have definitely commercialized the system, which is against Tesla's "Good Faith" clause. But, are people going so far as to sell codes? There's a whole lot to consider here when we start looking at websites, paysites, viral social media post comments, viral videos ... you get the idea.

Should referral codes be specific to actual friends? Or, are peoples' thousands of internet "friends" acceptable? Is exerting corporate control over the usage of the referral code actually possible?  And at the end of the day, a sale is being made for Tesla, so do they really want to stop such "abuse"?  All tricky questions for sure ... what do you think?