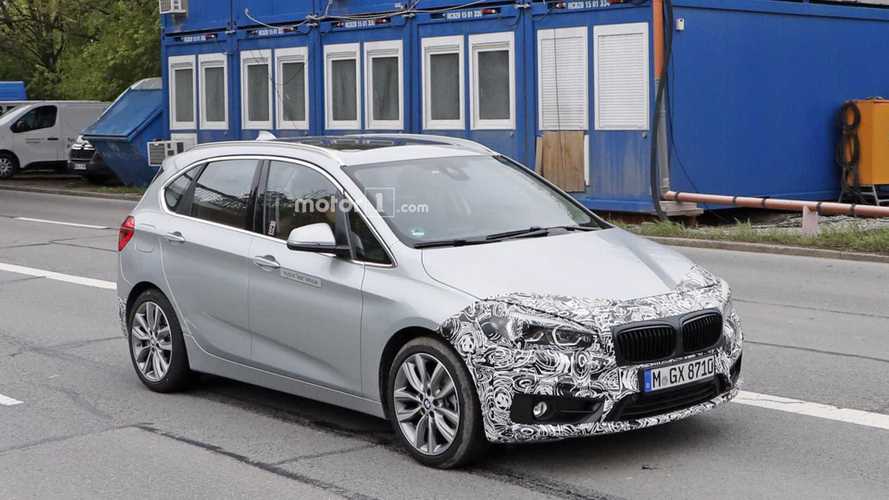 The minivan was being tested in the thrifty 225xe plug-in hybrid spec.

The 2 Series Active Tourer will go down in BMW’s history for two very big reasons: first front-wheel drive model and first minivan. While some see it as the most controversial car the Bavarians have ever made, the fact of the matter is the general car buying audience is actually a fan of the MPV in both of its five-seat Active Tourer and seven-seat Gran Tourer guises judging by the sales numbers. In fact, it’s actually one of the most popular minivans on sale today.

It has been around for already about three years and here we see it prepping for what will likely be a discreet Life Cycle Impulse. It’s actually the very same prototype our spies caught on camera towards the end of March flaunting the LED lighting signature with a more angular configuration in the same vein as other recent models. Some changes to both front and rear bumpers are likely on the agenda as well, but we’re not expecting any drastic modifications considering the amount of camo slapped onto this test vehicle. Chances are it is going to be the same story on the inside where BMW will only make some subtle changes like adding new trim bits and updating the iDrive infotainment system.

If the 225xe seen here will soldier on with the same hardware, it will feature a turbocharged 1.5-liter three-cylinder engine teamed up with an electric motor and a lithium-ion battery pack with a 7.7-kWh capacity.

The powertrains will likely be carried over on the facelifted model, but some of them could be updated to deliver more power and/or better fuel economy. If the 225xe seen here will soldier on with the same hardware, it will feature a turbocharged 1.5-liter three-cylinder engine teamed up with an electric motor and a lithium-ion battery pack with a 7.7-kWh capacity.

Given how minor the tweaks are going to be, it shouldn’t take too long to see the facelifted 2 Series Active Tourer & Gran Tourer in all of their LCI glory. An official debut in the months to come seems likely.