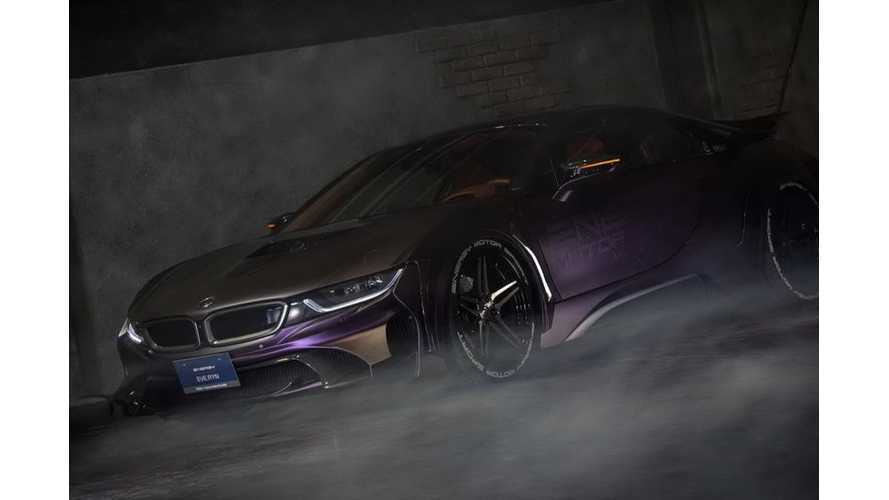 Japanese tuner EVE.RYN presented its BMW i8 tuning project at the Super Carnival festival in Japan, and it was otherworldly.

We showed you a glimpse of the BMW i8 Dark Knight edition a few months back, complete with some details from BMWBLOG regarding its build. Now, it's made its debut, and there's video footage to prove it.

The BMW i8 Dark Knight edition is not a tuning package, rather it's a visual beast that was used at a recent auto show to gain marketing esteem. We can't imagine that it didn't serve its purpose, and picturing Batman in the flashy EV is no far stretch.

Last year, the same company presented the BMW i8 EVO Cyber Edition, and according to BMWBLOG, this new edition is nearly the same, aside from the color scheme, and the shocking red interior.

The car was heavily modified prior to its appearance at the 2017 Super Carnival. In terms of the exterior, there's not a whole lot that most tuners can do. As BMWBLOG notes, it already looks so futuristic and has such incredible aerodynamics, that it's tough to top. However, EVE.RYN has proven once again that it's really no problem, and took it to a whole new level.