Plug-In EV Sales Continue Torrid Pace In US For February, Up 55% 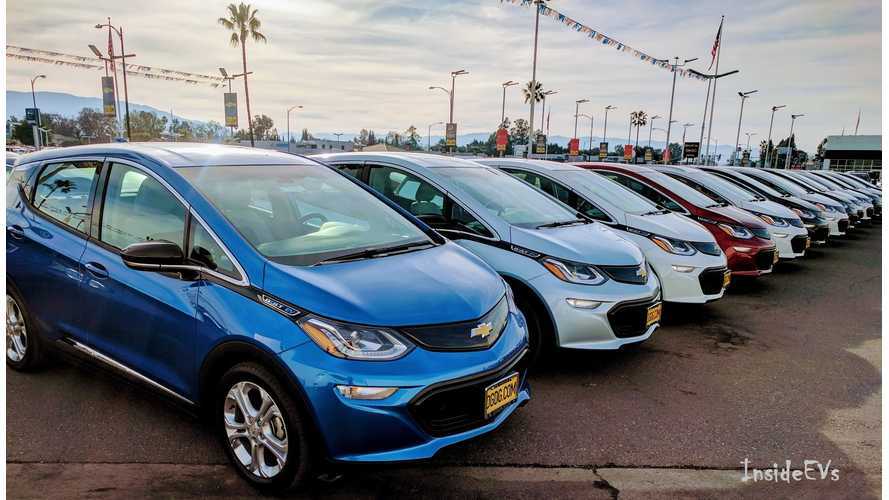 For the 17th consecutive month, plug-in electric vehicles sales increased in the United States this month.  But that really isn't the big story...

The real story is the pace of sales.  Early in that 17 month streak*, the gains were marginal at best.  Then they began to get more substantial.  However, over the last several the gains really have taken hold, netting more than a 50% over the last 9 months on average.

Best selling plug-in so far in America for 2017? It's the Chevrolet Volt!

Extrapolate that result for the rest of the year (and why not with the likes of the Chrysler Pacifica Hybrid, Hyundai Ioniq, "new" Nissan LEAF, and of course the Tesla Model 3 still yet to come), and you arrive at more than 258,000 sales by year's end.  Not too shabby at all!

Leading the charge for February, and for the second month this year, was the resurgent Chevrolet Volt selling 1,820 copies, just edging out the Tesla Model S (~1,750) by our estimates.

A strong effort was also turned in by the new Toyota Prius Prime, of which sold 1,362 copies despite only having an average inventory of about 900 units on hand during the month, that result was also just enough to keep it ahead of the Model S for the 2nd best selling plug-in for the United States for the year after the first two months...although we expect to see the Tesla re-take the first overall spot in a permanent fashion next month.

On the other side of the coin, the BMW i3 continued a 14 month trend (save a couple months in the Summer of 2016) of some pretty lackluster sales, while the Chevrolet Bolt EV also underwhelmed expectations with just 952 sales - down 200 units versus January, despite deeper inventories in California during the month.

We should also note that ahead of the newly upgraded Ford Focus Electric (now rated at 126 miles of range in the city/115 overall for $29,120), Ford still managed to see 228 copies in February, the brand's second best result ever...and it has been around a long time (~60 months).

Other Statistical Points of Interest from February 2017