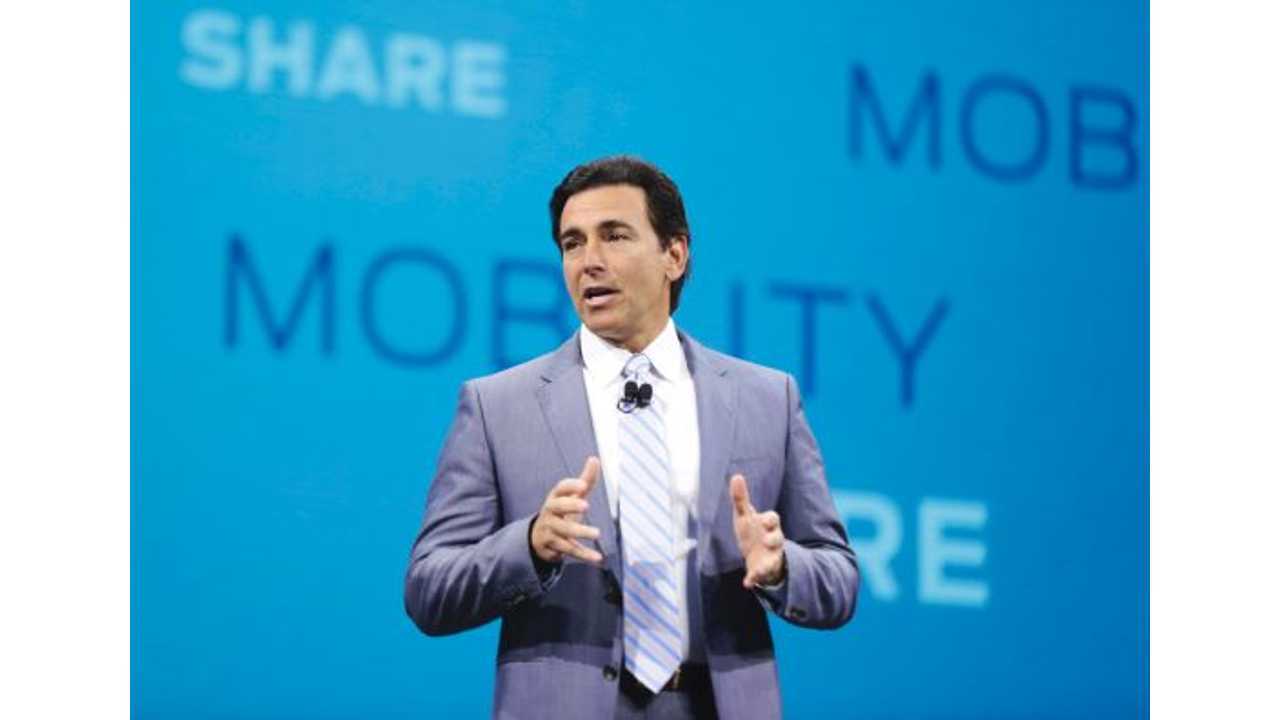 Tesla’s irrational valuation and Mark Fields’ irrational ouster both stem from the same thing: decades of alienation between legacy automakers and the public. A lot of consumers consider big automakers boorish and auto dealers beyond boorish, but had nowhere to turn until lately. Tesla represents a long overdue agent of change in an industry considered padlocked to newcomers. Investors like the story.

Therefore, Musk sells a few cars and gets hoisted onto investors’ shoulders and marched around the stadium while Fields gets tarred and feathered in the parking lot for simply conducting business as usual. Business as usual is simply finished, especially auto business as usual. How Jim Hackett, a 62-year-old furniture designer, will steer Ford through a sea change in mobility and leapfrog Musk et al remains to be seen.

TeslaMondo thinks the Fields ouster will lead to more shakeups as Big Auto struggles with the Tesla “drop in the bucket” that’s turning into a tsunami. It’s no accident that this is happening just as Model III debuts. The press may refer to spooky mobility overtures by Google and Apple, but those are still abstract. Tesla is concrete.

Tesla is doing to autos what Amazon is doing to retail, for the same reasons. People generally don’t have a great time at retail stores. The layout sucks. The help sucks. The parking lot sucks. The elapsed time sucks. So they’re keen to ditch the whole scene and try “cloud retail.” Do you have a meaningful relationship with your insurance agent? Probably not, hence the advent of “cloud insurance” like GEICO, Progressive etc.Do you feel good about auto companies, despite a steady drumbeat of news about trying to skirt recalls, sidestep warranty claims, fudge fuel economy, fudge emissions, retard fuel economy mandates, ignore longstanding problems like the Ford Focus transmission?

How about auto dealers? Do you feel good about them?

So the industry deserves comeuppance. It’s been a long time coming. Who should be next to go? How ’bout Sergio Marchionne, who begs everyone to avoid his electric Fiat compliance car, but will tinkle with glee if you buy a Jeep or a Heck Cat? Sounds like a CEO of the automotive past, not future. How about Akio Toyoda, who foolishly put his chips on fuel cells and hybrids and thereby set Toyota back almost a decade in cultivating the next-level EV tech that Tesla, a mere rookie, now defines.

If Fields is out, why are they still in?