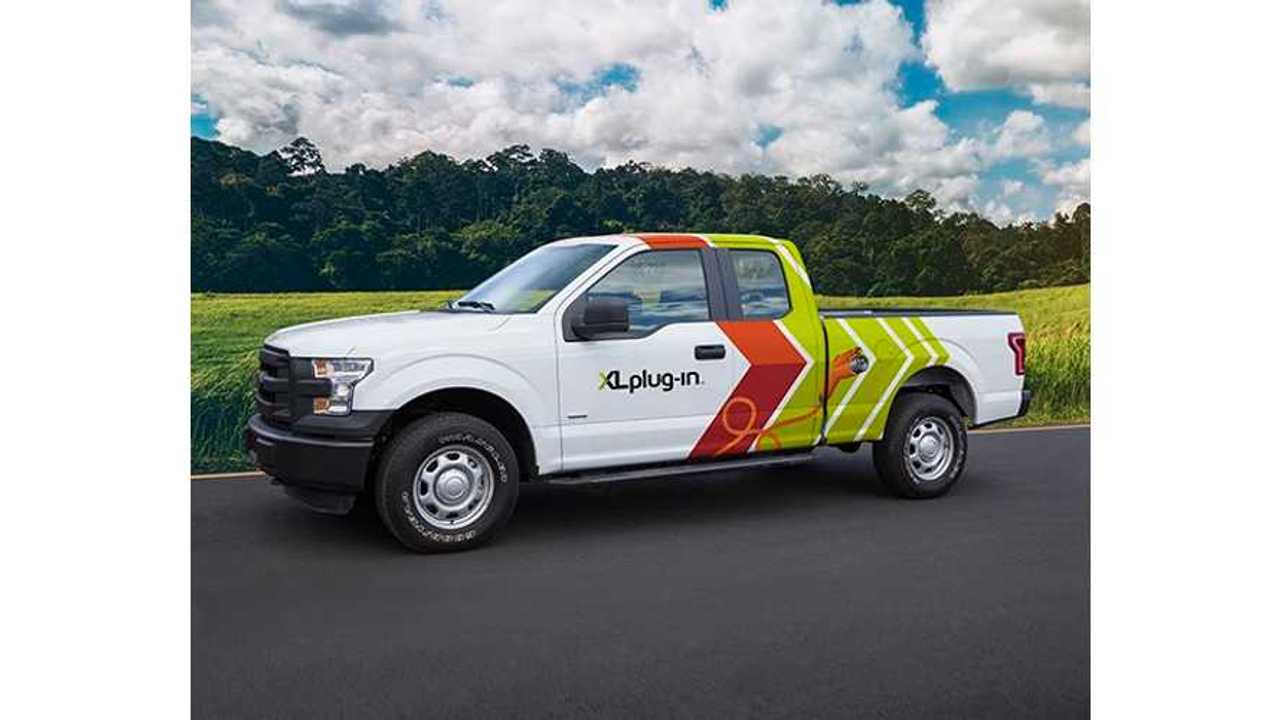 Ford doesn't offer its F-150 pickup trucks as a plug-in hybrid, but that doesn't mean you can't have one. Thanks to XL Hybrids, a F-150 PHEV can be yours. XL Hybrids recently announced the XLP Plug-In Hybrid Upfit for the F-150, which can improve fuel economy by up to 50 percent. Installation is supposed to only take a few hours, and it maintains the OEM powertrain warranty.

The package includes a more-than-10-kWh battery, which can be recharged in less than an hour. Total weight is about 700 lbs (318 kg). The modified truck's all-electric range wasn't mentioned but deliveries are expected to begin in the fourth quarter of 2017.

The XLP technology will be installed in MY17 Ford F-150 pickups with the 2.7L EcoBoost engine and Ford’s Auto Stop-Start technology. The XLP will also be available for the upcoming MY18 Ford F-150 pickup with the 2.7L EcoBoost engine and the new 3.3L base engine, both featuring Ford’s Auto Stop-Start technology. XLP will be compatible with a range of wheelbases, cab and bed configurations.

Installation of the XLP PHEV system can be completed in just hours on half-ton pickup trucks as a ship-thru upfit. Featuring a volume-production ready high voltage lithium battery pack, XLP will accommodate full charging overnight with Level 1 and less than three hours for Level 2 charging using an industry-standard J1772 plug interface. The XLP technology leaves the original equipment manufacturer’s (OEM) engine, transmission, fuel system and exhaust system completely intact. Fleets will maintain the complete OEM warranty, and get a three-year, 75,000 mile warranty from XL Hybrids on the XLP powertrain. The XLP system will have no special maintenance requirements.

“After securing order commitments from our leading fleet customers, we made the decision to begin production on the popular and versatile Ford F-150. Already, major fleets are placing orders to be among the first to get the PHEV on the road to positively impact their sustainability initiatives while saving on fuel costs.”