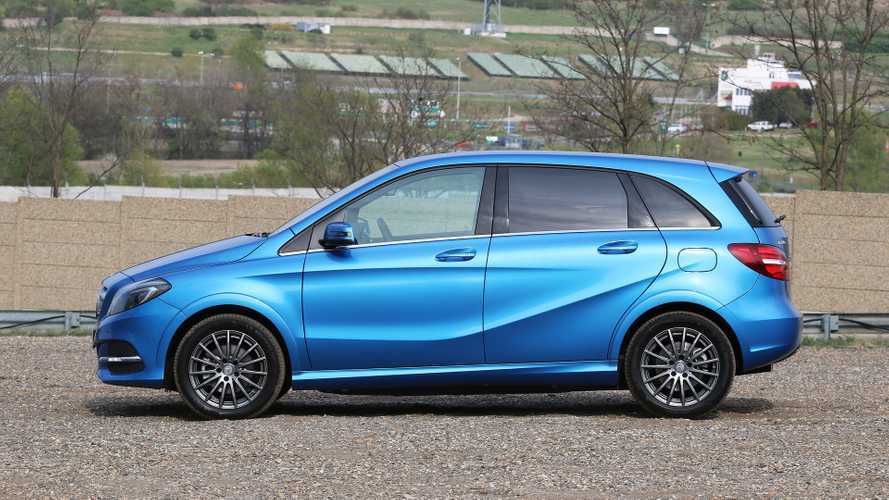 While inspiring for the EV segment, unfortunately for Mercedes, the results of this unofficial Twitter survey are likely not what the automaker wanted to hear.

Mercedes-Benz decided to follow suit with Tesla and use social networking to reach out to its followers regarding interest in electric cars, and while the results are promising to the segment, they are surely not in the Mercedes' favor.

Mercedes' UK retail network took to Twitter to engage its followers, asking if they might consider buying an electric car. Mercedes only offered one pure-electric vehicle, which was a version of its B-Class (B250e). However, it failed to sell, the automaker made no strides to fix that, and the car has since been discontinued. Interestingly, the car was built with a powertrain provided by Tesla.

With electric cars increasing in popularity, we'd love to know if you would consider switching to an electric car? pic.twitter.com/ujH2eRNP5b

The question on Twitter received over 400 responses, and despite it being on Mercedes' network (which isn't known for its reputation among electric car fans), a majority of the Tweets were EV positive. This is encouraging, since we all know what tends to happen in many social media situations and automotive forums. There's often a multitude of ICE car fans or Tesla/EV-haters that jump on the opportunity to spew anti-EV propaganda to get a rise out of people.

Agree. Would NEVER go back to ICE.

Instead, many followers were sure to let Mercedes know how far behind it is in the electric car segment. Many informed that they'd already bought a Tesla. Others validated their Tesla Model 3 order. One commenter noticed how often Tesla was mentioned in the responses and provided some math for Mercedes, along with a word-cloud:

I created a WordCloud of all 300+ reactions to your question. 63 x Already 39 x Tesla 118 x Teslamotors pic.twitter.com/MEMS0TKXm9

Here's a look at a handful of the other Tweets:

Ditto which knocks a lot of manufacturers off my list including Mercedes and I've been driving them since 1998.

In other words you are little late Mercedes. And Tesla is upfront.

Yes, Mercedes B250 (gas) owner, deposit down on Tesla 3. I asked MB dealer about electric and he said ‘not our market’.

Daimler AG noticed the activity and did provide some responses. However, they weren't well-received:

Glad to hear. Drivers need zero emissions and more acceleration. When is the first model arriving? 2022 seems too late.

Meet the Mercedes Electrique from 1906. We are working on EVs for over a century. There is more to come pic.twitter.com/H9dErIlhuk

And it goes on and on. Have a look at the rest of thread to see more banter.

Mercedes does plan to move back into the EV segment, but it may be too little and too late. This Twitter engagement is obviously not scientific, but it paints a pretty fair picture. The fact that it's on a Mercedes-Benz follower thread may be even more telling. This is not to say that Tesla, or any other automaker for that matter, doesn't get its fair share of negative feedback on social networks.