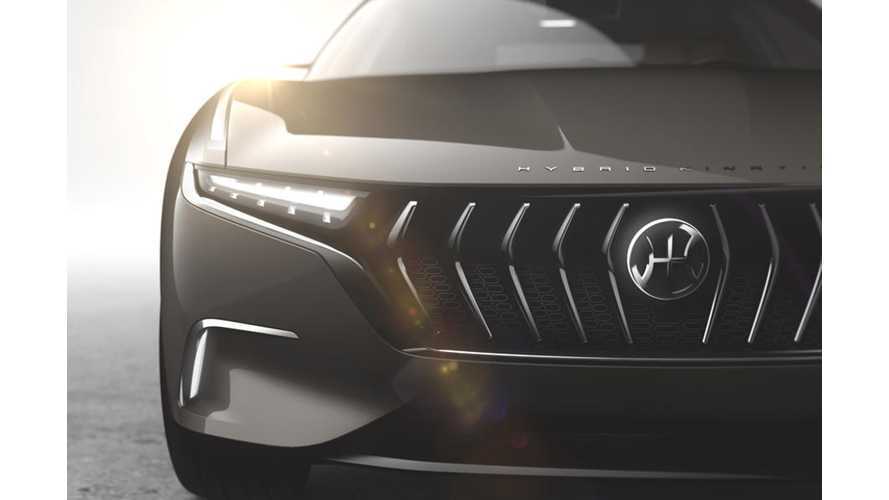 Right up front we'll say that we've yet to be able to confirm if this is a plug-in type of hybrid vehicle. However, with how the press release words its, we lean on the side of it plugging in.

The vehicle in question is the H600 EV concept that's the work of Hybrid Kinetic Group (a Chinese startup that specializes in electric motors) and famed design house Pinifarina. There's been a tie-up to the tune of $68.7 million between the two companies for this project. Pennies really, but it's a start.

The press release describes the H600 EV as an "eco-sustainable luxury sedan." Meanwhile, the media likes to call it a potential Tesla Model S, but with no pricing announced and zero specs released, there's no way for us to compare it to the S.

What we can say is that the concept teased in these images looks svelte and that the massive infotainment screen inside does seem to borrow at least its size from the Model S.

The grille up front indicates that this is likely not a pure electric car though, so no Tesla competitor here.

The H600 will be shown in the flesh at the Geneva Motor Show starting on March 7 and we'll be on hand to cover its grand reveal.