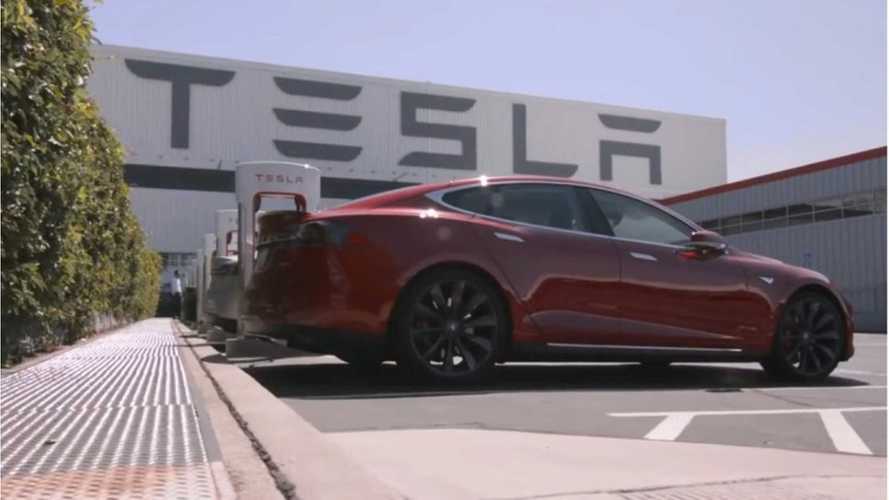 Amidst the recent employee letter regarding Tesla's work conditions, and the UAW involvement, a former lawsuit has surfaced. Female Tesla engineer, AJ Vandermeyden, has come forward to accuse the electric automaker of "pervasive harassment."

She claims that less qualified male engineers make more money and receive better promotions. She also mentioned a workplace wrought with inappropriate sexual behavior, which is not corrected. AJ said that she has come upon issues whenever voicing her concerns. Like the Moran letter (linked above) AJ insists that she is a Tesla lover and that she is only coming forward to assure that problems are addressed. She told the Guardian:

"Unless someone stands up, nothing will change. I’m an advocate of Tesla. I really do believe they are doing great things. That said, I can’t turn a blind eye if there’s something fundamentally wrong going on.”

“It’s shocking in this day and age that this is still a fight we have to have.”

“We’re focused on making cars. We don’t have time to deal with all this other stuff."

Vandermeyden (33) has been working at Tesla for about four years. She explained that she has taken over work from males co-workers and been offered less money. AJ said that she commonly attends meetings with upwards of fifty man, and she is the only woman in the room. Tesla's top positions are all filled by men, and of over thirty VPs, only two are female.

She explained a situation that occurred last fall, during which she pointed out some discrepancies in quality testing, the her male co-workers had overlooked. AJ had a solution to the problem, but was dismissed, and the same male employees were promoted.

In reference to the "sexual" harassment, AJ said of men at the Fremont factory:

“They all started hooting and hollering and whistling. That can’t happen without somebody noticing … It’s disturbing.”

Vandermeyden's long list goes on and on. She shared that she has been stifled due to complaining about sexual harassment. There is no way for her to gain a promotion due to impossible performance expectations, that are not the same for male workers. She has since left her preferred general assembly position, and transferred to the purchasing department. Regardless of her many positive evaluations, AJ feels that she can't advance in the former position. However, in the new position, AJ claims that Tesla has refused overtime pay, as well as meal and rest breaks.

Tesla has already investigated Vandermeyden's accusations and found that none of her claims could be substantiated.

Update:  Tesla has further responded, noting a 3rd party outfit has found Tesla to not be at fault. (via Electrek)

“Tesla is committed to creating a positive workplace environment that is free of discrimination for all our employees.

Ms. Vandermeyden joined Tesla in a sales position in 2013, and since then, despite having no formal engineering degree, she has sought and moved into successive engineering roles, beginning with her work in Tesla’s paint shop and eventually another role in General Assembly. Even after she made her complaints of alleged discrimination, she sought and was advanced into at least one other new role, evidence of the fact that Tesla is committed to rewarding hard work and talent, regardless of background.

When Ms. Vandermeyden first brought her concerns to us over a year ago, we immediately retained a neutral third party, Anne Hilbert of EMC2Law, to investigate her claims so that, if warranted, we could take appropriate action to address the issues she raised. After an exhaustive review of the facts, the independent investigator determined that Ms. Vandermeyden’s “claims of gender discrimination, harassment, and retaliation have not been substantiated.” Without this context, the story presented in the original article (by the Guardian) is misleading.”

Update 2:  Tesla also provided USA Today with  a redacted version of the findings from Anne Hilbert of EMC2Law, for the purpose of summarizing its findings.

According to Hilbert, Vandermeyden was in the middle of her peer group's pay scale, promotions of male peers were not due to gender discrimination, and the catcalls from assembly line colleagues were more insensitive than sexist.

While the outcome of Vandermeyden's workplace suit won't be known for some time, it highlights what is far from a new issue in Silicon Valley.

AJ's lawyer feels that the company's investigation was minimal. Regardless of all of this, AJ has purchased a Tesla Model S, and is a Model 3 reservation holder. She still believes that Tesla is an outstanding company:

“I think they’re a revolutionary and innovative company.”

She hopes that her choice to go public, and to file the lawsuit, doesn't further hinder her job at Tesla, or find her without a job. AJ shared:

“Half the time when I walk into work, I wonder if my badge is going to work.”