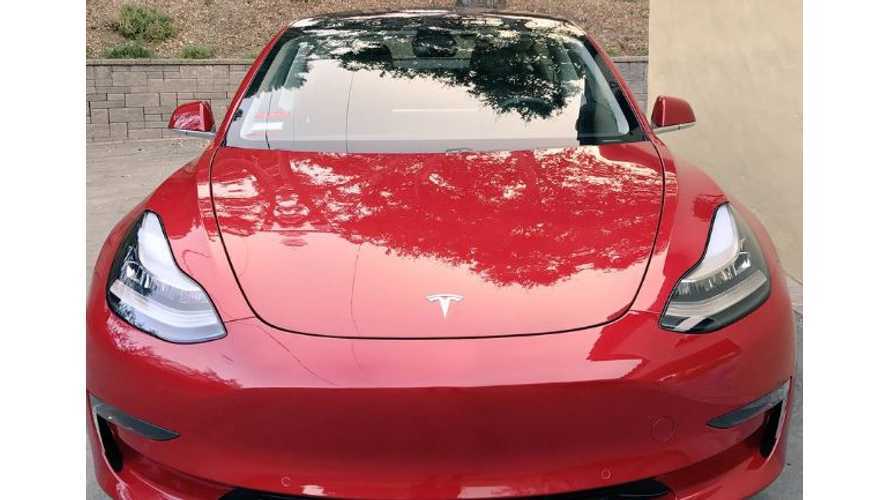 Got Model 3 and it is the ultimate automotive game changer; will discuss why with @carlquintanilla on @SquawkAlley tomorrow at 8am pacific pic.twitter.com/UUd3KZEvyK

He owns a Tesla Model 3 now too.

Angel investor Jason Calacanis recounts a dinner conversation he had with Tesla CEO Elon Musk prior to production of the first Model S.

“What happened was the company was going out of business and I was at dinner with him."

This was when Tesla was nearing its end, with supposedly just a few weeks of payroll cash left on hand.

"So we’re out at dinner just the two of us in LA, and I was like, well certainly there’s some good news. And he’s like, well, I blew up the second rocket. I said, what happens if you blow up the third rocket? He goes, SpaceX is done. I said, well, how are you doing personally? He was getting divorced from his first wife at that time and I said certainly there must be some good news."

"Tell me something good that’s going on. And he took out his blackberry—that’s how old it was—and he said, well, don’t tell anybody, but here’s the clay model of the Model S. And he showed me the clay model of the sedan. And I said wow, that’s gorgeous, what do you think you can get it for? And he said, well don’t tell anybody, but I think I can make this for 50 grand. So I went home and I wrote two checks for $50,000 and I put them in a FedEx envelope and I said, ‘E: Looks like a great car. I’ll take two."

Calcanis wasn't expecting to ever receive a Model S, let alone two of them. He says he told his wife that the checks he sent to Elon were to support a friend:

"We’re never going to see this, this is going to pay for, like, a couple days of payroll. Tesla’s going out of business, but I have to support my friend.”

Somehow (long backstory that we needn't get into here) though Tesla managed to pull through. Two years after cutting those checks, they were cashed. Calcanis then received a message:

Elated, Calcanis reached out to Musk and told him he didn't need the first Model S, but Musk responded by saying Calcanis deserved it as he was the first to place an order.

Calcanis' Model S serial #1 is without a doubt worth a fortune now. He says he's been offered $250,000 for it, but he's not willing to sell it. Instead, Calcanis says he's likely to donate to a museum (such as the Smithsonian) or gift it back to Elon Musk:

“If E wants the car he can have it. I might donate it to a museum at some point.”

Someone parked their @TeslaMotors Roadster in front of mine in San Mateo ????? pic.twitter.com/yHjRCott0u

We should note, this is for the first "serial number reservation 00001", the very first Tesla off the line (uber-Founder's Edition we suppose) went to Tesla board member - Steve Jurvetson, who got his spot in line as being the very first to put down a check at an early meeting discussing the Model S.