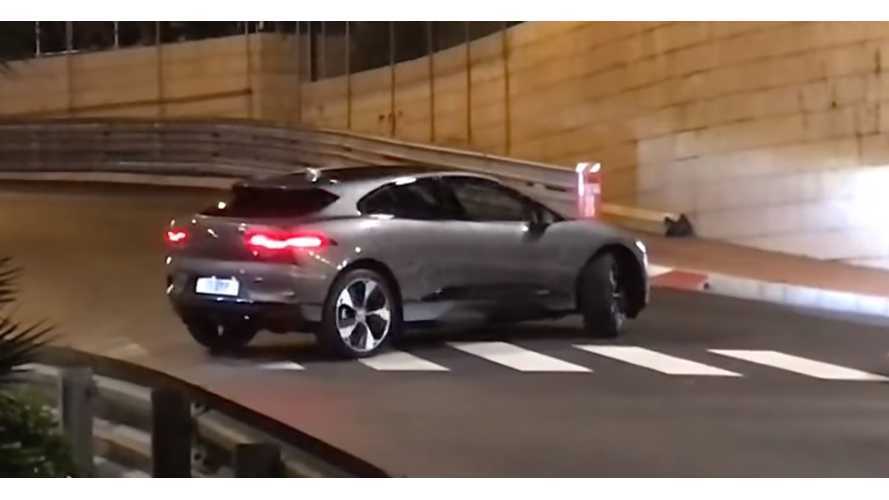 Good news — it will remain faithful to the concept.

We are a few months away from the official debut of Jaguar’s all-electric crossover, but thankfully already the biggest piece of the puzzle has fallen nicely into place. We’re talking about its design as what looks like a near-production prototype was spotted recently at night on the streets of Circuit de Monaco without any sort of disguise. The brand’s very first EV was shooting for what will be a promotional video to show off the I-Pace’s green credentials and stylish design.

Speaking of design, even though the video is not of the highest quality, it’s easy to notice the production version will carry over most of the concept’s traits. This might just be an understatement considering the vehicle looks virtually the same as the concept introduced back in November 2016 at the Los Angeles Auto Show. There are probably a few changes here and there, but nothing really of great importance that would make you say the road-going version doesn’t look as exciting as the showcar. Once the press images will be out, these should be very similar to our speculative render from a month ago:

Not only is the design pretty much known already, but also most of the specifications. Indeed, Jaguar has already announced the I-Pace will feature a generous 90-kWh battery pack and that will last for more than 310 miles (500 kilometers) on a full charge in the optimistic New European Driving Cycle (NEDC). In the more realistic EPA tests, the zero-emissions crossover will do 220 miles (354 km) between charges. Should you be in a real hurry, 90 minutes of charging with a 50-kW DC charger will fill up the battery pack to an 80-percent level.

An all-wheel-drive crossover, the 2018 Jaguar I-Pace will be motivated by two electric motors — one for each axle. In total, the combined output is going to stand at a respectable 400 horsepower (300 kilowatts) and 516 pound-feet (700 Newton-meters) of torque. That’ll be enough electric punch for a sprint to 60 mph (96 kph) in around four seconds. To put that into perspective, it will be only a tenth of a second slower than an F-Type R.

The Frankfurt Motor Show set for September seems like the perfect venue to host the EV’s debut, although we won’t be too surprised if images and full details will be released a few days or weeks sooner. Estimated to cost somewhere in the region of $70,000, the Jaguar I-Pace will enter production early next year at Magna Steyr’s Austrian facility.