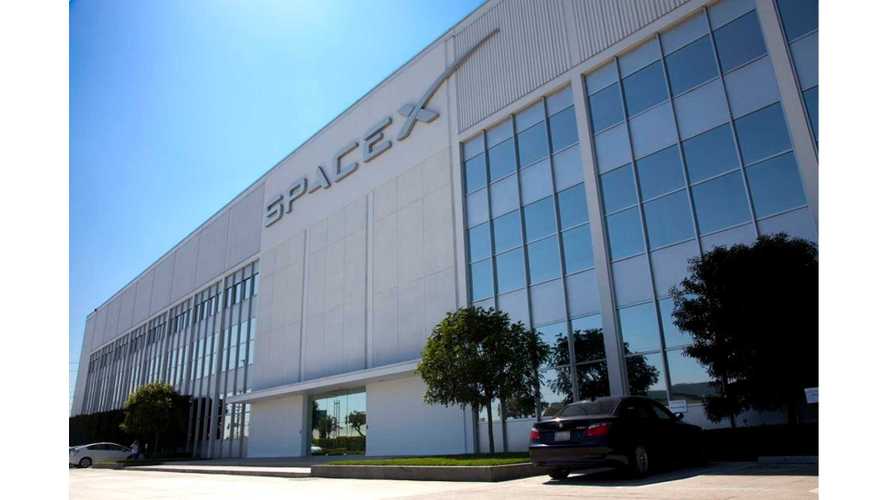 Outside the Tesla factory in Fremont, California

SPACEX CTO EXPLAINS HOW TESLA WILL REMAKE THE AUTO INDUSTRY

The auto industry is on the verge of a top-to-bottom transformation, and Tesla is the main driver of the coming revolution. But there are many questions about how the drama is going to play out. One good place to look for some answers might be SpaceX, Tesla’s sister company.

In some ways, SpaceX is farther along than Tesla in its mission to remake an industry. SpaceX already dominates the market for space launches, whereas Tesla still has a long way to go before it overtakes industry leaders such as Toyota and GM, which can produce more vehicles in a month than Tesla has manufactured in 14 years. Of course, the comparison is not an exact one - SpaceX deals with a handful of government and industrial customers, not millions of style-conscious car buyers. And Tesla’s products are less likely to undergo “rapid unplanned disassembly.”

Tom Mueller, Chief Propulsion Technology Officer at SpaceX, recently spoke with a group of astronomers at the New York University Astronomy Society about the parallels between Tesla’s and SpaceX’s manufacturing efforts. Mueller is a rocket scientist who developed the technology that became SpaceX’s Merlin rocket engine, and he has been working with Elon Musk for the past 15 years.

“When I was a kid in the 60s, I used to watch Star Trek,” said Mueller. “I was 8 years old when they landed on the moon. Of course, a lot of us thought 50 years from now, we’d be on Mars, maybe travelling to other planets.”

However, 50 years later, “it seems like we haven’t really achieved all that much. In fact, we no longer have the ability to put a man on the moon; we don’t have the hardware. Why is that? I think one of the big reasons is that it’s prohibitively expensive to get to orbit. And why is that? It’s because rockets are very expensive.”

SpaceX’s mission has always been to drastically reduce the cost of launching payloads into orbit, and it has largely achieved that.

“We set out to build low-cost rockets from the very beginning. The costs that the government cost-plus programs charge for their rockets are ridiculous. We don’t compare our prices to any government-subsidized space vendors. What we try to do is compare our cost to commercial products.”

Of course, continually improving both product and process to bring costs down is a big part of the picture at Tesla too. Mueller relates a conversation he had with Elon about the relative costs of a Merlin rocket engine and a Model S (which some have compared to a rocket). “ asked me, ‘How much do you think it costs to make a Model S?’ And I’m like, ‘I don’t know; 50 thousand dollars?’ He said, ‘No, about 30 thousand dollars.’ That’s the marginal cost for that car.”

“And he has a good point. Why’s it 20 times the cost? So that’s the way we look at it, and the way we think at SpaceX trying to get the cost of the rocket down. Once you start reusing it, the real big cost becomes the amortization cost, the operational costs, and the fuel costs, which is basically the same model as the airliners. We looked at the airliners, and they’re about 50% operation cost, the cost of the $300-million aircraft over its life. And that’s the sort of modeling we like to do to make access to space very affordable.”

Mueller also describes how the aerospace industry’s reaction to SpaceX evolved from ridicule to grudging acceptance to amazement to a scramble to duplicate its success - a sequence of events that closely parallels the Tesla story.

“We were ridiculed by the other big companies in the launch vehicle business,” Mueller continues. “At first, they ignored us; and then they fought us; and then they found out that they couldn’t really win in a fair fight because we were successful and we were factors of two or three or perhaps even five lower costs than what they can do. So then it becomes an unfair fight, where they try to destroy you politically, and use other means. And then at some point, they figure out that they’ve got to do what you’re doing.”

Does that sound like any automakers you’ve read about? Just as Tesla’s ultimate mission is to inspire other automakers to go electric, SpaceX is proud to be the gadfly that forces other companies to bring their launch costs down, accelerating humanity’s evolution into a spacefaring race.

“So there’s a lot of talk at these other companies about how they’ll make reusable rockets; recover the engines, recover the stages, come up with a much lower-cost rocket so that they can compete. You know, there’s no way that ULA would have considered buying engines from Blue Origin except for the pressure that SpaceX is putting on them. There’s no way that the French would have quickly abandoned the Ariane 5 and moved to the Ariane 6 design, except for the pressure we’re putting on.”

So, what’s it like working with Elon Musk? As others have, Mueller describes Musk as someone who often has contrarian ideas, and who can be quite insistent on them.

“I’ve seen this happen quite a few times in the fifteen years I’ve worked for him. We’ll have a group of people sitting in a room, making a key decision. And everybody in that room will say, ‘We need to turn left,’ and Elon will say ‘No, we’re gonna turn right.’ And that’s how he thinks. He’s like, ‘You guys are taking the easy way out; we need to take the hard way.’”

Mueller tells how, during the development of the Merlin 1D, he and Musk disagreed about a highly technical point of rocket design involving valves.

“I advised him against it; I said it’s going to be too hard to do, and it’s not going to save that much. But... we went and developed that engine; and it was hard. We blew up a lot of hardware. And we probably tried a hundred different combinations to make it work, but we made it work. And now we have the lowest-cost, most reliable engines in the world. And it was basically because of that decision. So that’s one of the examples of Elon just really pushing - he always says we need to push to the limits of physics.”

That first principles approach is on full view as Tesla reinvents the process it uses to manufacture cars. The company has plans to morph its Fremont factory, which started with a capacity of 500,000 vehicles per year, into a robot-controlled “alien dreadnought” capable of churning out up to a million vehicles per year.

“A car moves through a typical factory, like a Toyota or a Chevy factory at inches per second,” says Mueller. “It’s much less than walking speed. And thoughts are that the machinery, the robots that are building the car should move as fast as they can. They should be moving so fast you can’t see them.”

“That’s the way he thinks - what are the physical limits of how fast you can make a car? He looks at videos of Coke cans being made, and things like that, where you can’t even see them; it’s just a blur...it’s going down the assembly line so fast you can’t even see it. And Elon wants to do that with cars. And that’s why he’s going to kill the industry. Because you can make ten times as many cars in the same size factory if you do it that way. And the major cost of the car is not the material in the car; it’s the factory that builds the car. So that’s the way he thinks. He looks at it from first principles, like ‘Why does a car cost so much to make?’ Well, you’ve got this gigantic piece of real estate, and all these employees in this gigantic building; and you can only make so many cars in this building. You need to make more cars in the same building with the same number of people.”

His long association with Musk has been highly inspirational for Mueller (and vice versa, we’re sure). “He influenced me so much - there was no way I could go back to working for a big, bureaucratic company like Northrop Grumman. And the way that I deal with life, I think much differently now, just because of the Elon influence. I live a lot bigger. I make bolder decisions, I take higher risks. I’m not this conservative engineer that I was when I first met Elon. I’m an entrepreneur.”