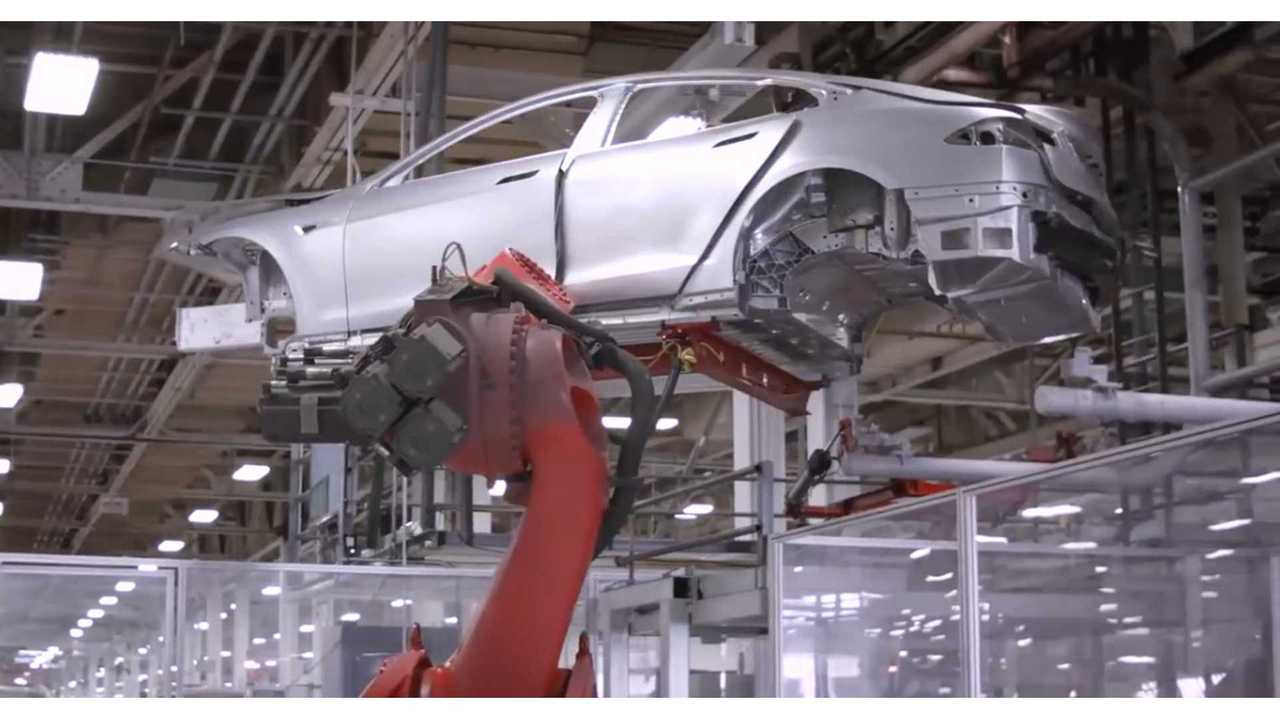 Tesla could produce about 80,000 Model 3 vehicles in 2017, under perfect conditions.

Despite the positive news coming from Tesla and CEO Elon Musk on the recent fourth-quarter earnings call, Wall Street analysts are skeptical.  There are concerns about the company's ability to live up to production dates and subsequent efforts leading to volume production of the Model 3, and stocks are dropping.

What exactly are these "impossible" goals?

Elon Musk has made it clear that "the rate of production is as fast as the slowest component in the vehicle."

According to Electrek, using the above information as a foundation, Tesla could produce about 80,000 Model 3 vehicles in 2017, under perfect conditions.

Let's look at a rough estimate of the numbers, the way we see them, based on Musk's statement:

Electrek shows the ramp up as a continuous growing curve (since this is what Tesla has referenced) and factors in a 10-day delay for deliveries outside of the area surrounding Tesla's Fremont factory. Either way, you come up with similar figures.

For an even more reasonable estimate, if we account for production starting a month late, and the ramp up t0 16,000 per month coming another month late, we are looking at 52,000 Model 3s by the close of the year.

The chances of perfect conditions are nearly impossible, but it is interesting to see the potential. Keep in mind that upwards of 400,000 people put a deposit down on the Model 3 - and although we have no way of knowing how many people will follow through - this "perfect" situation would only cover 20 percent or less of those orders. Musk himself made it clear that perfect conditions will be difficult, mostly due to supplier delays. He admitted:

“It only has to be 1% and then we either have to make those parts manually at great cost or slow down the production rate. And it’s at great cost. We make something manually, as opposed through mass production, it can be 10, 20, 30 times more expensive.”

At the earnings call, Musk repeated what the company has mentioned time and time again:

“The rate of production is as fast as the slowest component in the vehicle. And when you have several thousand unique items, it can move as fast as the least likely and worst executing part of Tesla or our suppliers. That’s just the way it goes.”

But, for now, execution is moving forward as planned, and is intended to meet the aggressive timeline.

In order to be doubly sure that all goes as planned, Musk will be actively involved in many tasks in the coming months. This is not unlike that of the stories we heard in the past regarding the CEO having a sleeping bag and a desk in close proximity to the Model X production line.

There is a multitude of scenarios and variables at this point. Estimates and speculation are just that, and only time will tell. The fact that the company is in line to begin production on time, and has a significant ramp-up plan in place, is an achievement in and of itself. We shall see how it all plays out.