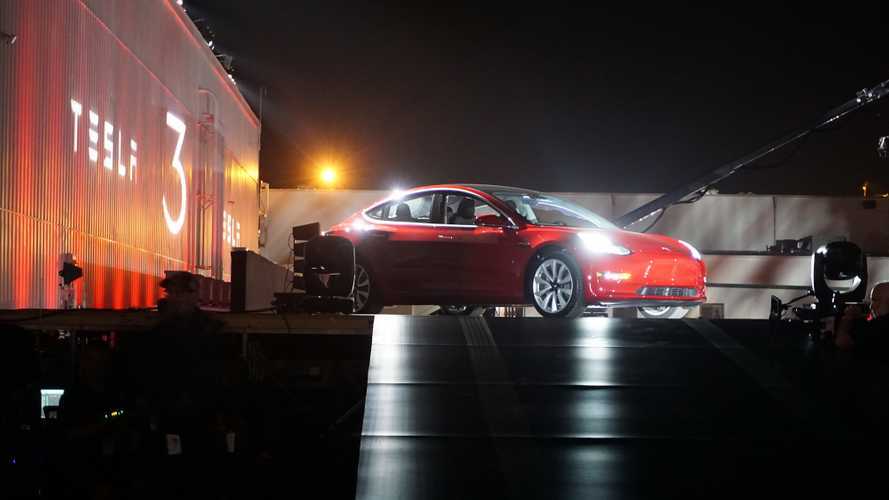 Tesla CEO Elon Musk notes a potential of factory production speed improvement by a factor of 10. Where does this put Model 3 production, and at what point might Tesla achieve this monumentally lofty goal?

The real answer may be "never", that is until Tesla has more than a single factory ... meaning several factories (Ford's huge list of combined factories globally can output about 16 vehicles every minute). Yes, the former NUMMI (GM and Toyota joint venture) factory is quite capable, and Toyota is well-known for its lean manufacturing and top-notch automation. Additionally, Tesla is continually bringing in newer, more state-of-the-art automation. But, to put it in perspective, the factory under NUMMI's control made about 385,000 vehicles per year. In 2006, its record year, NUMMI polished off a whopping 428,633 vehicles, with a significant amount of overtime.

Fast forward to Musk's estimates. Tesla is said to be able to produce about 500,000 vehicles per year by the end of next year (and that's not with a second factory). Recently, Musk said that now Tesla is looking at being able to hit 700,000 per year at some point (likely with a second factory, or at least the Tesla Gigafactory chipping in heavily).

According to Musk, there's still significant potential to expand the facilities in Fremont for greater volume. According to autoblog, this likely means expanding upward, as there is much space in the factory above current structures and robots, to build taller machines.

Musk explained that the world's top auto factories have a vehicle exit rate of 25 seconds (keep in mind this is not 24/7  and 365 production, nor is it feasible under everyday circumstances). This means that when the line is running, a finished car comes off every 25 seconds, and the line moves at about 0.2 meters per second (Musk compares this speed to that of a turtle). He believes that Tesla can do much better. Velocity exceeding a car every 25 seconds?

In terms of density, Musk refers to the leaps and bounds that have been made with regards to computer chip density. looking at how close together and multiply layered parts are in a computer chip, and comparing it to the Fremont factory, shows that the factory could be significantly more dense. Musk says the density of the Tesla factory is about 2-3 percent and could be increased by 20-30 percent more over time.

Musk recently stated during the Q2 earnings call that Tesla has the potential to make 5,000 cars per week sometime in December of 2017. This, while a bit more feasible, is still a car every 3.5 minutes. If Ford could build a Model T every 24 seconds, then why not right?

The premise is still that Tesla has a long, long way to go to get even close to such numbers. It will surely be a sight to see as the automaker moves forward.