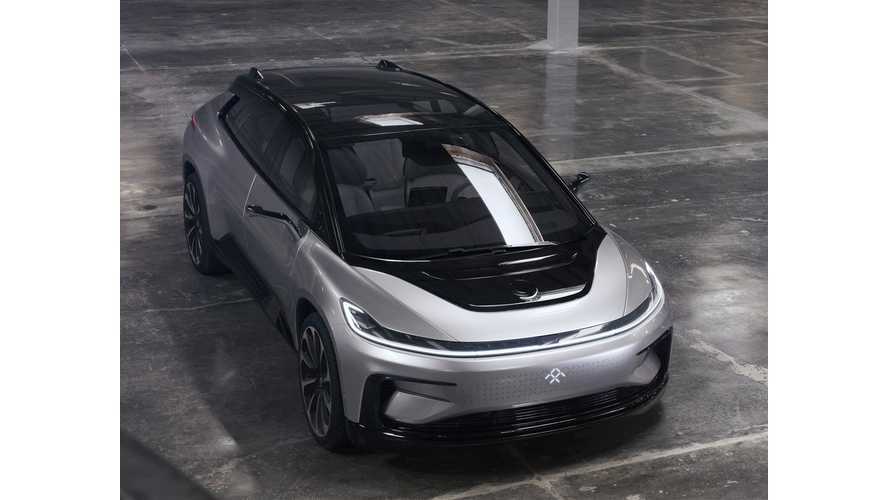 Who better than a renowned automotive exec and banker, to lead troubled Faraday Future's financial situation back to positive standing? Stefan Krause was CFO at BMW starting in 2002 and moved to Deutsche Bank, in the same capacity, in 2008. He retired in 2015 and has been advising other companies since.

project. LeEco's LeSee is yet another troubled situation.

It is no secret that Faraday Future has been through a plethora of problems lately, so much so that the electric automaker has lost nearly all of its top brass, and downsized U.S. factory plans.

In the beginning, Faraday was known to attract top names like that of Ferrari's Marco Mattiacci, and VW's Joerg Sommer. But today, aside from the only named investor, Beijing's Jia Yueting, the company is lacking leadership.

Faraday is said to be restructuring and is reported to have picked up some recent substantial donors. Krause is hoping to secure more investments and put the financials back on track. He will also generate some much-needed clout for the supposed "Tesla killer," since many in the industry view the company as "destined to fail." Although Jia is a Chinese billionaire, he hasn't shown much promise in getting the company back on its feet, and his reputation in Beijing as of late has declined.

Faraday intends to release its FF91 electric autonomous vehicle by 2019. The company has already unveiled the car and taken reservations. However, construction of the massive factory, that was already underway in Nevada, is on hold. Recently, the company announced plans to focus more of its efforts in China, and continue with a small-scale U.S. production facility. At this point in time, nothing is moving forward, and Faraday owes money to various companies and is involved in lawsuits.

One can only hope that with Krause's reputation and experience, he will not want to be a part of the mess that is Faraday, unless positive changes are made and publicized swiftly. Whether he walks out the door as quick as he came in, like his predecessors, or makes notable progress, is yet to be seen.