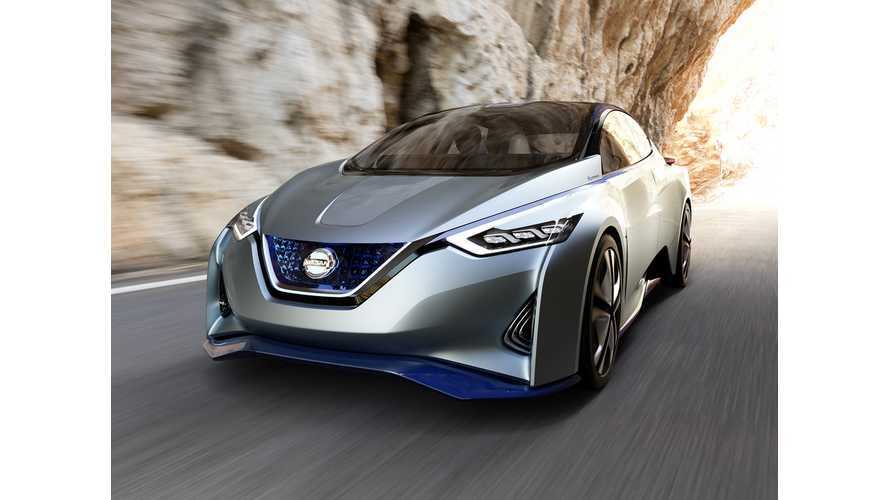 Nissan LEAF Enters month 75 on the market in February

Each month we dutifully report on Nissan LEAF sales in the US, and each month we hope that the "new" LEAF will debut before the next month arrives.

Unfortunately, with no major auto shows in February (with apologies to people of Chicago), the likelihood of that happening this month was nonexistent, so we are left with reporting on the sales on the oldest plug-in vehicle on the market today.

Yet somehow, the ancient LEAF and its 107 miles of range, managed to outsell the brand new, 238 mile Chevrolet Bolt EV last month.

How did this happen?  We have no clue.

Now if one would like to point to availability of the Chevrolet Bolt EV compared to the Nissan LEAF as a reason for the stronger sales...one would be wrong.  With the "new" LEAF coming soon, Nissan has steadily been decreasing national inventories of the LEAF,  which currently sits lower than the Bolt EV.

Which leaves only one conclusion - discounting, of which Nissan did heavily.  But even at that, we didn't expects February's result for the "best selling all-electric car without a Tesla badge on the front" to be the Nissan.   (Also of interest related to sales:  somewhat surprisingly, and also a newcomer to the US market, the Toyota Prius Prime bested both the LEAF and Bolt EV handily with 1,362 sales in February)

While we would like to confidently report that the "new" LEAF will be debuting in Geneva for press days on March 6th and 7th, we can't do it.

That option just doesn't make any sense to us, as the US has been the main market for the LEAF historically, sales are actually up in Europe for the LEAF this year...and production of the "new" LEAF is said to kick off first in Nissan's Smyrna, TN facility.

See you in April "new" LEAF...we'll be waiting.

We should also take a moment to note that during February Nissan replaced Carlos Ghosn with Suicide Squad's Margot Robbie...kinda.  Ok, not really.

The long-running CEO of Nissan steps down April 1st to focus on leading the Renault-Nissan-Mitubishi Alliance as a whole, as well as continuing on as CEO of Renault.

With that said, if one believe Ghosn is giving up any actual power at Nissan, they would be wrong, as he still is President of the company (and also holds the same title at the recently acquired Mitsubishi Motors.