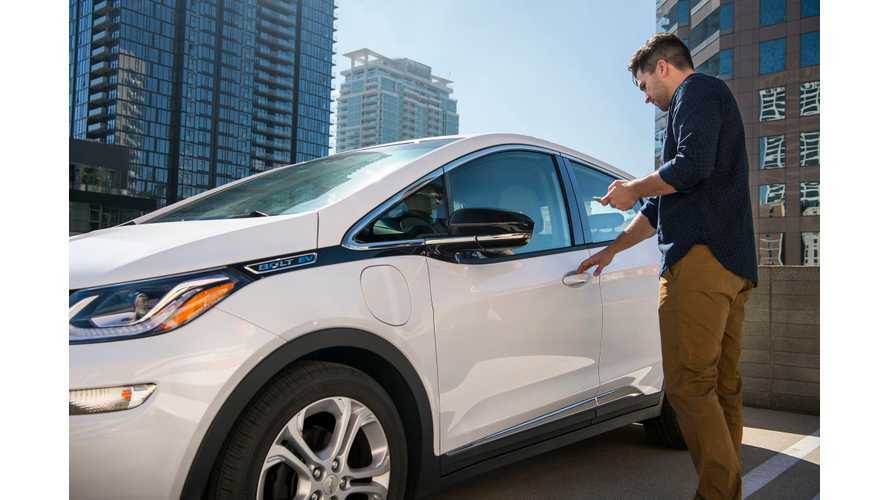 (thankfully this is not a factory paint option)

In January, the Chevrolet Bolt EV and Chevrolet Volt combined to own 26% of the US plug-in sales market, or putting it another way - one out of every 4 electrified sales in America has a Bowtie on the front.

For February, the Volt did all the heavy lifting, as the brand set a new all-time high for the month, and once again the best selling plug-in for the US in February!

February's result gave the Volt a total of 3,431 cars sold so far in 2017, up 61.7% - good enough to maintain the first overall spot on the sales charts after two months.

Will the Chevrolet Volt contend for the 2017 "best selling plug-in" title in the US?

Meanwhile the Chevrolet Bolt EV expanded into 3 new states in February (past the original California and Oregon release), as the 238 mile EV arrived in very limited quantities in Massachusetts, Maryland and Virginia.

After selling 1,162 copies in January, February's result is hard to understand, especially given the nearly 2,000 EVs in stock in the 5 states, but hopefully there is a reasonable explanation for the pullback, and we will see sales get back on track going forward.  (As a related point of interest in regards to February sales, the Toyota Prius Prime, which also arrived late in 2016 to the US market, sold 1,362 copies during the month).

In March, both New York and New Jersey are expected to get some volume of new Bolt EV inventory, which should help sales.

The Chevy EV goes nationwide when the 2018 MY kicks off in September.