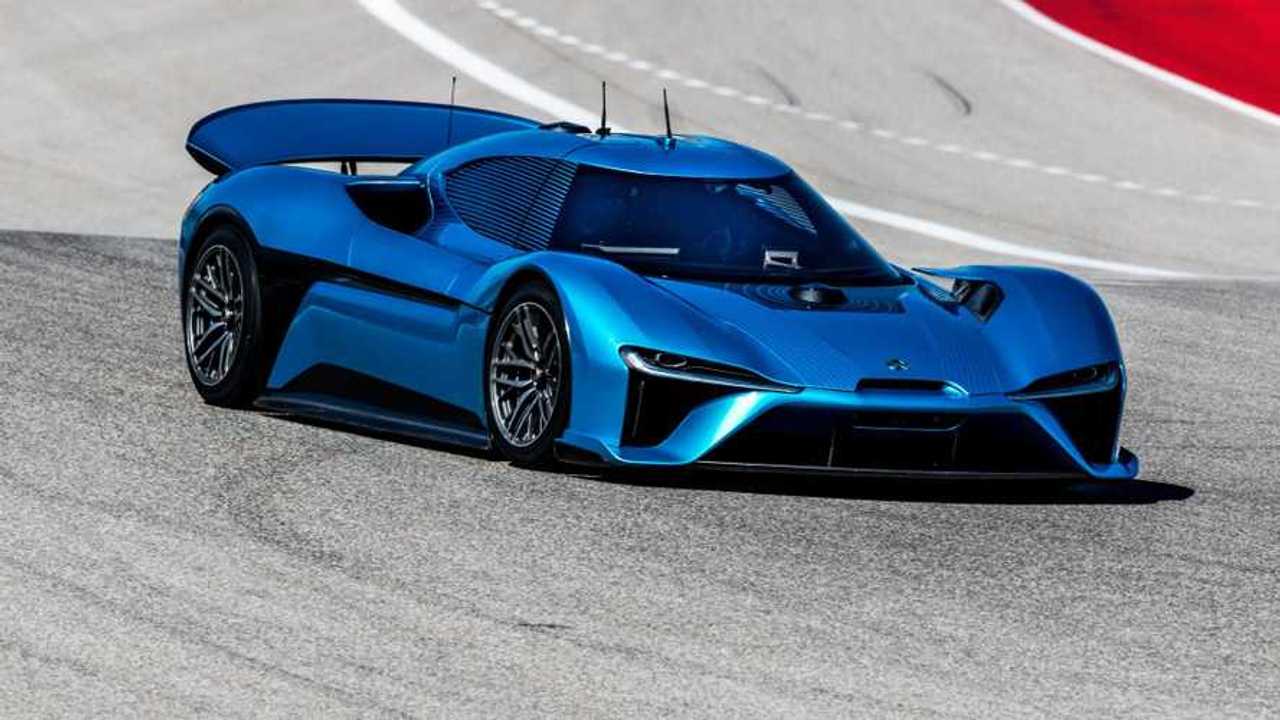 NIO has announced that its EP9 all-electric supercar (read more about it here) set a world speed record for autonomous electric cars at the Circuit of the Americas (COTA) in Austin, Texas back on February 23.

While impressive, there remains a lot of potential in the developments of a self-driving racing, as a driver was able to clock a 2 minutes 11.30 seconds time (faster than any production car) while reaching a top speed of 170 mph.

NIO intends to present its brand vision and its EP9 prototype in Austin, Texas from Friday, March 10 through Sunday, March 12 at the Coppertank Event Center.

It's expected that EP9 could cost around $1.2 million when it enters limited production.

"Today, NIO, a next-generation car company, announced the fastest ever autonomous lap at the Circuit of the Americas Race Track in Austin, Texas. On February 23, the NIO EP9 drove autonomously without any interventions, recording a time of 2m 40.33s (two minutes, 40.33 seconds) at a top speed of 160 mph. The same day, the NIO EP9 also beat the fastest COTA lap time for a production car with a driver, achieving a lap time of 2m 11.30s (two minutes, 11.30 seconds) and reaching a top speed of 170 mph.

The technology and software which delivered the world’s fastest autonomous lap was developed by the engineers at NIO U.S. headquartered in Silicon Valley. This tremendous feat was accomplished from start to finish in just 4 months.

With four high-performance inboard motors and four individual gearboxes, the EP9 delivers 1-MegaWatt of power, equivalent to 1360PS (1342BHP). The EP9 accelerates from 0-124 mph in 7.1 seconds and has a top speed of 194 miles per hour. With an interchangeable battery system, the EP9 is designed to be charged in 45 minutes and has a range of 265 miles."

"NIO will hold a U.S. launch in Austin, Texas from Friday, March 10 through Sunday, March 12 at Coppertank Event Center. The autonomous NIO EP9 will be on display. NIO executives and staff will be onsite to share our vision for the future of autonomous vehicles. Padmasree Warrior, NIO U.S CEO will deliver a keynote at SXSW on Saturday, March 11 at 11a.m. at the JW Marriott, Salon 5-6."

“At NIO, we are all about raising the bar for the entire automotive industry. Breaking records with the NIO EP9 demonstrates our automotive and technology expertise to be a leader in the global market. Our Silicon Valley team brings together the best talent from automotive and software domains, which helped us achieve this remarkable result in an incredibly short time. Our goal is to be the best next generation car company, by delivering autonomous vehicles with amazing experiences for people all over the world. We look forward to sharing our vision for the car of the future in Austin, Texas at SXSW in March.”

“We are honored to be a part of NIO’s amazing lap record and see performance and autonomy coexist. We all know that autonomous vehicles are part of the future and this new record is further proof.”