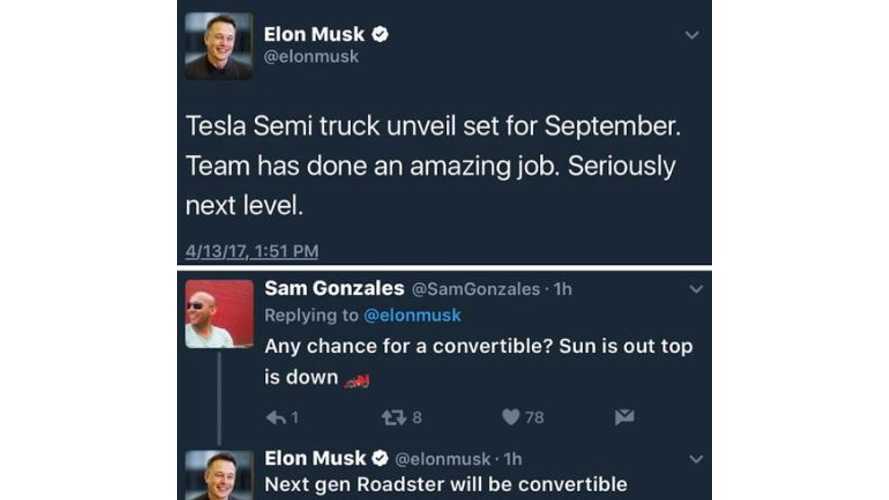 Elon Musk is the automotive king of Twitter. That's a well-known fact here at InsideEVs, but now the world is catching on to the idea that a Musk Tweet is incredibly engaging.

ListenFirst Media recently published a report on Twitter engagement among automotive brands. The report placed Tesla in the 1st spot for April.

That Elon Musk tweet, which simply states, “Tesla Semi truck unveil set for September. Team has done an amazing job. Seriously next level,” has 56,700 likes and more than 17,000 retweets.

Some background on how ListenFirst Media compiles data via Automotive News:

"ListenFirst aggregates conversations about manufacturers, their models and their owned engagement -- engagement that’s directly attributable to their Twitter accounts. The company says it then normalizes the stats by the total engagement earned by all of the manufacturers to find the “share of voice” earned by each company to rank them."

Rounding out the Top 3 for Twitter engagement among auto brands are Ford in the number two spot and Chevrolet in third place.

The lowly Dodge Demon, the one that's slower than a Tesla Model S P100D, helped boost that automaker into fourth.