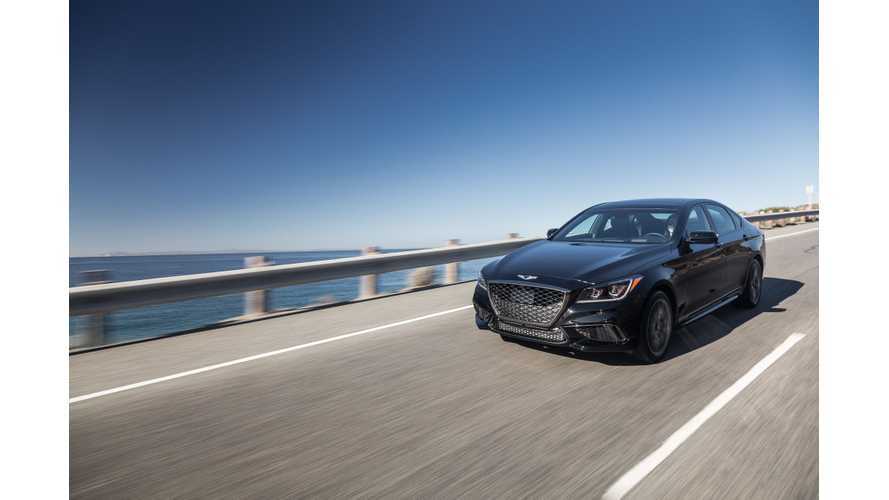 Genesis will wheel out its first pure electric vehicle by 2021.

That's like a decade behind competitors such as Tesla, so we doubt Genesis will find immediate success out of the gate, but we welcome the addition to the ever-growing EV segment.

The South Korean brand also unveiled from the New York International Auto Show a hydrogen fuel cell concept GV80. So, it seems Genesis, like its parent company, isn't quite sure where its future lies, so it's covering all forms of alternative propulsion.

The plan for Genesis is to have a six model lineup, including G70, G80 and G90 cars and GV70, GV80 SUVs. The sixth car is to be another SUV, but a smaller one (think compact crossover) scheduled for 2021.

The first plug-in hybrid powertrain is expected by 2019, while the all-electric dedicated model is very late to the party with an arrival year of 2021.